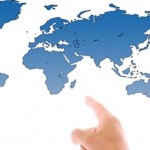 The United Nations Children’s Fund (UNICEF) and partners have stepped up vaccination campaigns in Syria, Jordan, Lebanon, Iraq and Turkey amid measles outbreaks in a region already struggling to provide humanitarian assistance to millions of people affected by ongoing conflict in Syria.

“With large population movements and the breakdown of regular health services in Syria, additional precautions are required to ensure that children are protected against killer diseases like measles no matter where they are,” said Mahendra Sheth, UNICEF Regional Health Advisor. “Immunization is one of the most cost-effective tools we have available.”

In addition to the more than 70,000 people killed since the uprising against President Bashar al-Assad began in March 2011, more than 1.4 million people have taken refuge in neighbouring countries. Currently, up to 8,000 Syrians are fleeing the country daily, UNICEF said in a news release.

There are also some 4.25 million people displaced within Syria – nearly half of them children. Many live in cramped and unsanitary conditions where disease can easily spread, the agency noted.

According to UNICEF, about 332 cases of measles have been reported since December 2012 in the Domiz refugee camp in Iraq; 300 reported in Lebanon since January; 133 registered cases in Syria; and 5 cases have been identified among Syrian refugees in the densely populated Za’atari refugee camp in Jordan.

There have been some 3,000 to 4,000 reported measles cases in Turkey over the past year, including 300 among Syrian refugees.

In all the countries, UNICEF, working with the Ministries of Health, the World Health Organization (WHO) and other partners, has increased vaccination campaigns to help ensure that all children are protected against disease.

The mass vaccination campaigns coincide with World Immunization Week, which promotes global immunization as one of the most effective tools to keep children safe from deadly disease.

Meanwhile, the UN World Food Programme (WFP) today welcomed a generous contribution of around $43 million from the United Kingdom that will help provide much-needed food assistance to tens of thousands of Syrians both inside and outside their country. The agency will also use the funds to issue food vouchers to thousands of Syrian refugees who are either sheltering in camps in Turkey or as urban refugees in Lebanon.

“Ever since we launched our emergency operation in Syria and the region last year, the UK has been both timely and effective in responding,” said WFP Emergency Coordinator for the Syria crisis Muhannad Hadi.

“The UK has also given us the freedom to maximize our use of resources, according to our assessment of the situation. For example, we provide food vouchers instead of direct food assistance in areas where markets are still functional. This means WFP is supporting both Syrian refugees and host communities, who are suffering increased pressure in these difficult times.”

The UK is also helping WFP scale up its logistics capacity by providing armoured vehicles and personal protective equipment to assist field monitors inside Syria move around in dangerous areas. The agency must raise $19 million each week to provide food assistance to 2.5 million hungry people inside Syria and more than one million refugees in neighbouring countries.