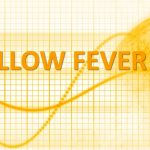 WHO Director-General Margaret Chan, MD, agreed with health officials during an emergency committee meeting on May 19 that an outbreak of yellow fever that began in Angola is of great concern and warrants national and international support, according to a press release.

As of May 11, there have been 2,267 suspected cases of yellow fever in Angola and 293 deaths, according to WHO. The Democratic Republic of the Congo (DRC) identified two autochthonous cases and is investigating at least 10 other possible cases of local transmission. DRC, along with China and Kenya, also reported infections among travelers returning from Angola.

The emergency meeting was convened more than 1 week after Daniel Lucey, MD, MPH, and Lawrence O. Gostin, JD, of the O’Neill Institute for National and Global Health Law at Georgetown University, published a viewpoint in JAMA urging WHO to consider implementing its Emergency Use Assessment and Listing (EUAL) procedures to authorize a reduced dose of the yellow fever vaccine to prevent shortages, which they said will likely occur if the virus spreads to other regions.

“International experts have urged using one-fifth of the normal vaccine dose in Angola to avert acute shortages if the virus spreads,” Lucey and Gostin wrote. “Stewardship of scarce vaccine supplies is essential, but requires the WHO’s director-general to declare a public health emergency of international concern or determine it is ‘in the best interest of public health.’ ”

Committee members addressed the vaccine shortage during the meeting and called for WHO’s Strategic Advisory Group of Experts on Immunization to conduct an immediate evaluation of dose-sparing strategies. Meanwhile, Chan advised member states to enforce yellow fever vaccination requirements among those traveling to and from Angola and DRC.

At this time, the emergency committee does not consider the outbreak to be a public health emergency of international concern. However, members view the outbreak as a “serious public health event,” and emphasized the need for enhanced surveillance, vector control and case management in Angola, DRC and bordering countries, and to continue mass vaccination efforts among residents and travelers, the release said.