Why there’s no Ebola vaccine, yet? 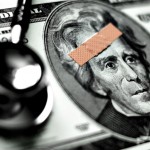 Search for vaccine is often a very expensive business. There has to be a large ready market for pharmaceutical companies to invest their private capital.

So, the question is, are drug companies interested in something that infects a “handful” of people each year somewhere in some poor countries?

Ebola in US, well that’s something else.

The first US Ebola case, Thomas Eric Duncan, is in serious condition in Dallas and could die. There is an experimental drug ZMapp used on several international aid workers and medical staff, but he didn’t get it because the company that makes ZMapp, Mapp Biopharmaceutical, has run out of supplies.

…Or to simplify this issue, no funds – no drugs. Apparently, a better source of funding would save lives of ones who contracted Ebola.

However, there are several smaller pharmaceuticals companies working on a treatment, but non of them started testing experimental drugs in-vivo.

“Pharmaceutical companies can spend millions in developing vaccines like for the flu, that get thrown away because they’re ineffective on new virus strains.” said Dr. Chris Milne, director of research at the Tufts Center for the Study of Drug Development.

“It’s a lot of time, effort and money to develop something like an Ebola vaccine with little guarantee of a profit,” he said.

Another possible approach is antibody treatment. Kent Brantly, a doctor who contracted Ebola, is reportedly being given antibodies from a boy who survived the disease.

Inspired by the recent outbreaks, the US’s NIH and FDA are developing in a joint research a clinical trial of an Ebola vaccine that works in animals and could be given to humans within a few months.

The bitter truth is there’s no regular treatment that can make Ebola virus go away. Antibiotics don’t work because it’s a virus; the antiviral treatment Ribavirin that works on some other hemorrhagic fevers isn’t effective against Ebola. Other issue is that the Ebola virus is mutating much faster in humans than in tested animals, WHO said.

There is no much we can do for now but quarantine for those who have been exposed and may be sick.

However, some families are choosing to hide a loved one’s infection rather than risking the “panic and ostracism” that may come, NPR reports.

Another NPR report explains that health workers are seeing serious resistance to medical care in some areas.