Zika vaccine: Why developing one will take years in a skewed system 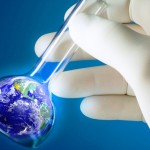 When microbiologist Maurice Hilleman was testing his revolutionary mumps vaccine in the 1960s, parents allowed their children to participate in the clinical trial in a simple way: They signed their names on an index card, right below a sentence indicating that they gave permission for their child to receive the experimental inoculation.

In the decades since, the world of vaccine development has grown vastly more complicated, to a point where critics describe it as failing to meet the needs of public health in a timely fashion. Nowhere has this gap become more apparent than in the face of emerging threats like the Zika virus, a vaccine for which researchers have warned could take up to a decade to bring to market. But a system that some public health experts and vaccine developers describe on a scale of skewed to broken is also one that others argue is responding as best it can to protect the public and ensure that medical advances are safe. From that debate has re-emerged a conundrum that continues to stump both sides: how to devise a more efficient, but still safe, pathway to invent and produce vaccines.

“Why would any private sector company want to invest in these vaccines?” asked Michael Osterholm, a professor of public health and the director of the Center for Infectious Disease Research and Policy at the University of Minnesota. Companies, he added, “are not philanthropic organizations.”

If a vaccine targets a little-known, seemingly non-threatening disease — which is precisely what Zika virus was until last year, when Brazil reported a spike in babies born with the birth defect microcephaly that researchers strongly suspect is linked to Zika — pharmaceutical companies have little financial incentive to support research into it.

The same problem applies when the disease primarily affects people in developing countries who cannot afford to pay for vaccines or treatment, which is the case for many viruses related to Zika, such as Dengue fever or West Nile virus. As of 2014, industry heavyweights GlaxoSmithKline, Merck, Pfizer and Sanofi controlled 80 percent of the global vaccine market by sales.

“The model is flawed,” Peter Hotez, dean of the National School of Tropical Medicine at Baylor College of Medicine in Texas and director of the Sabin Vaccine Institute, said of vaccine development by large companies. “It’s only done in response to crisis situations.”

Without prospects for sales — i.e. an outbreak — companies have no reason to launch costly research into a vaccine. “The problem with the system right now is that it’s relying on monopolies of companies who want to recoup research and development costs with sales,” said Josh Michaud, an associate director on the global health policy team at the nonprofit Kaiser Family Foundation.

A vaccine begins with a molecule, derived from the disease agent itself. That molecule might be developed in the laboratory of a university, a biotech startup or an established pharmaceutical company. From there, researchers have to prove that the molecule actually builds immunity against a specific disease and figure out how to dispense it. If it succeeds in animal trials, the potential vaccine enters next into human clinical trials. That series must not only show that it’s safe and effective, but also determine proper dosages.

Only after a vaccine candidate has passed all of those phases, which can take years, can it be submitted for approval by a regulatory body, which in the United States is the Food and Drug Administration. Between phases, or in the midst of the approval process, researchers might have to do still more studies.

These regulatory hurdles are one reason vaccines can take years to develop, said Paul Offit, director of the Vaccine Education Center at the Children’s Hospital of Philadelphia and author of a book about Hilleman, the microbiologist whose consent forms consisted of index cards — but that isn’t necessarily a bad thing, he added.

“We hold vaccines to a very high standard,” Offit said. From 1990 through 2012, 346 vaccines entered Phase I clinical trials. During that period, the FDA approved, on average, two vaccines per year, according to an analysis published in the February issue of Health Affairs.

If creating a vaccine is scientifically complex and laborious, then funding the process presents a whole new set of challenges. It’s this area in particular that many critics of the current vaccine development process find problematic.

Although the actual funding circumstances vary by vaccine or potential vaccine, typically, the early stages of vaccine research get the most public funding, such as from the National Institutes of Health.

The further a potential vaccine progresses, the more the funding shifts to the private domain. By the time it arrives at human clinical trials, large companies tend to foot the bill.

“We like to carry things into clinical testing and then hand off in later stages of development to a commercial manufacturer,” said Michael Kurilla, director of the Office of Biodefense Research Resources and Translational Research, a branch of the National Institutes of Allergy and Infectious Diseases that is responsible in part for developing vaccines. Late-stage, or Phase III clinical trials, can cost tens, even hundreds of million dollars, he pointed out, and it’s the large pharmaceutical companies that “really have the resources to carry product development through to the finish line.”

This paradigm, critics say, creates a gap in funding between research and clinical trials that can be devastating to smaller labs and biotech companies. That gap even has a nickname: the Valley of Death.

John Price, president and CEO of Greffex, a small biotech company headquartered in Colorado, said his company had a novel vaccine platform that could prepare a Zika vaccine for early clinical trials in 12 to 18 months. The primary obstacle? “Money,” Price said. “Every test that we’ve done to date has been successful. The only thing that keeps us, we believe, from introducing a successful vaccine into the marketplace is money.” He reckons Greffex needs $5 million to $10 million to get its Zika vaccine candidate to Phase I trials.

Public funding is not solely to blame for the Valley of Death, because large drug companies dominate sources of funding for late-stage clinical trials. From 1990 through 2012, small and mid-sized pharmaceutical companies were responsible for 71 percent of Phase I vaccine trials, but by the time the vaccines got to Phase III testing, those companies’ products made up only 38 percent, the Health Affairs analysis found.

A number of proposed solutions have tried to tackle these imbalances. The World Health Organization has proposed creating an international treaty to fund medical research and development, while others have launched public-private partnerships or offered prizes for vaccines or drugs. “Most of them are unproven,” Michaud said of these novel efforts.

Perhaps the most successful to date have been the public-private partnerships, where governments, companies, private philanthropies and other interest groups team up to develop and distribute vaccines or medicines targeting specific diseases. The idea behind them is that by combining forces, governments and philanthropies can assure pharmaceutical companies of a market for a medicine or vaccine, thus giving companies the incentive to develop it. The Sabin Vaccine Institute, for instance, whose work includes developing vaccines for neglected tropical diseases, counts the Bill & Melinda Gates Foundation, the Baylor College of Medicine and Brazilian research institute Fundação Oswaldo Cruz among its partners.

Kurilla, of the NIAID, said he and his agency were working on helping smaller companies successfully navigate the so-called Valley of Death. If a small vaccine company needed funding for a study, whose results just might convince a larger company to invest in a potential vaccine, the NIAID would try to help procure that funding, he explained. Still, none of these ventures are guaranteed.

“My job here is to do lots of shots on goal, not knowing which one will be successful but hoping that one of them will be successful enough that a large pharmaceutical company will pick it up and make it available to the general public,” Kurilla said. Not only is medical product development “a very long and protracted process,” but it’s impossible to predict what outbreak will hit next, he added.

“If someone five years ago said, ‘I’m going to make a Zika vaccine,’ who would have even wanted to take it?” Kurilla pointed out. “Who would’ve thought they needed it?”