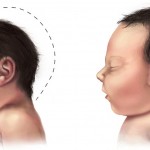 Officials at the Centers for Disease Control and Prevention said on Wednesday that there was now enough evidence to definitively say that the Zika virus could cause unusually small heads and brain damage in infants born to infected mothers.

The conclusion should settle months of debate about the connection between the infection and these birth defects, called microcephaly, as well as other neurological abnormalities, the officials said.

“There is no longer any doubt that Zika causes microcephaly,” said Dr. Thomas R. Frieden, the C.D.C. director. He said the conclusion, reached after evaluating “mounting evidence from many studies,” signifies “an unprecedented association” in medicine. “Never before in history has there been a situation where a bite from a mosquito can result in a devastating malformation,” Dr. Frieden said.

He and other agency officials said they hoped that the announcement increased awareness and concern about the potential threat to Americans who travel to affected areas in Latin America and those living in Puerto Rico, American Samoa and Southern states where the virus is expected to arrive this summer.

The announcement may increase pressure on Congress to allocate more than $1.8 billion in emergency funding that President Obama requested for prevention and treatment of the outbreak. While C.D.C. officials did not address funding, Dr. Sonja A. Rasmussen, the agency’s director of public health information and dissemination, said the conclusion “emphasizes the importance of working on ways to prevent Zika infection,” including efforts to develop a vaccine.

“Surveys have told us that a lot of people aren’t concerned about Zika virus infection in the United States — they don’t know a lot about it,” Dr. Rasmussen said. “Now that we can be more convincing that Zika virus does cause microcephaly, we hope that people will focus on our prevention messages more closely.”

The C.D.C. analysis, led by Dr. Rasmussen, was published Wednesday in The New England Journal of Medicine, and involved weeks of research into findings that have emerged from Brazil and elsewhere, including studies of fetuses with microcephaly in pregnant women infected with Zika.

The authors said they used established frameworks for assessing whether evidence met scientific criteria proving that one factor causes another. Those criteria included the existence of cases of microcephaly that have been strongly linked to documented exposure to Zika virus. Dr. Rasmussen and her colleagues also reviewed the biologically plausible explanations for how the virus might cause damage to the brain, and the absence of other explanations that make sense.

“The important part is that the C.D.C. can now take action without having to spend time trying to confirm the link,” said Dr. Eric J. Rubin, an infectious disease expert at Harvard and an editor at The New England Journal of Medicine.

Michael T. Osterholm, director of the Center for Infectious Disease Research and Policy at the University of Minnesota, said the C.D.C.’s announcement was a “good call,” adding “I give them credit for making clear and unambiguous statements about the neurologic complications.”

About 700 people in the United States have been infected with the Zika virus as of last week, including 69 pregnant women, Dr. Anne Schucat, the deputy director of the C.D.C., said on Monday at a White House briefing. About half of the cases are in Puerto Rico, where the virus is circulating locally. Most of the other American cases have occurred in people who traveled to South America.

But Dr. Schucat said that mosquitoes that can transmit Zika are present in 30 states during the warmer months, a much larger swath of the United States than health officials initially expected.

States considered most at risk include Florida and Texas, especially in urban areas where the mosquito thrives and in neighborhoods where lack of air conditioning means more open windows that give the insects greater access to people.

The C.D.C.’s announcement comes two weeks after the World Health Organization said there was “a strong scientific consensus” that Zika causes microcephaly and other neurological disorders.

In an interview on Wednesday, Dr. Bruce Aylward, head of emergency response for the W.H.O., called the C.D.C.’s announcement “really responsible public health” and “a turning point in the course of this epidemic.” American officials realized “people are not taking precautions,” he said. “They are still questioning whether Zika is the cause.” “If you are going to prevent disease, you have got to change behavior today,” he added.

C.D.C. researchers relied on an innovative approach in their analysis, because available scientific evidence did not lend itself to the scientific frameworks that are commonly used to determine causal connections: Koch’s postulates, which requires that scientists infect people or animals with the suspected pathogen, and the Bradford Hill criteria, a model for studying infectious diseases.

The scientists instead used a framework called Shepard’s criteria, normally used to determine whether an agent causes birth defects. For that threshold, the evidence is sufficient, Dr. Aylward said: “They can say it’s definitive that it’s the cause.”

C.D.C. officials said they were not ready to confirm that Zika can cause neurological conditions in adults, including Guillain-Barre syndrome, cases of which have increased in some countries in the Zika outbreak.

The W.H.O. said last month that evidence substantiated the connection between the infection and Guillain-Barre syndrome. On Wednesday, C.D.C. officials said that because the syndrome can be triggered by other infections, they were waiting for the results of studies being conducted in Brazil and elsewhere.

But the C.D.C. was unequivocal about microcephaly. Not only can Zika cause the condition, Dr. Rasmussen said, but it appears to cause more severe forms of it. Microcephaly caused by the Zika virus resembles a particularly destructive type called “fetal brain disruption sequence,” which includes serious problems with swallowing and bending joints. “Even just the measurements of the babies’ heads are much smaller” than in other types of microcephaly, she said.

Beyond microcephaly, Dr. Rasmussen said, the authors concluded that Zika causes some other fetal brain problems, such as calcifications inside the skull. But much remains unknown, including whether Zika harms other organs, how likely it is that women infected with Zika will have brain-damaged babies, and to what extent the risk varies according to when in pregnancy the infection occurs.

Dr. Rasmussen said other brain defects may also be linked to Zika infection. “We do expect that this is likely to be the tip of the iceberg,” she said, “that there will be babies who won’t have the small head per se, but will have other types of brain defects.”