A flu vaccine that protects you for life? 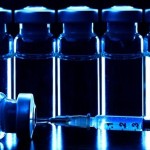 As children, we get a number of vaccines that last for years. Why not our annual flu vaccines?

Right now, a new flu vaccine is created every year because the proteins on the virus that our immune system can recognize change from year to year. That means that if you become immune to one year’s strain of the flu, you won’t necessarily be immune to next year’s.

While that in itself is a pain, it’s not that big of a deal. What is a big deal, however, is the fact that it takes at least six months to create a flu vaccine, which is a pretty serious time lag considering that flu pandemics can rage through populations long before a vaccine is ready.

A new development gives hope for a flu vaccine that would protect patients for years. An even bigger bonus? It could be mass-produced within three weeks.

And there are other advantages:

How does it work?

Current flu vaccines recognize proteins, HA and NA, on the flu virus. The new virus is made from mRNA, the genetic material that manages the production of those proteins. As a vaccine, you could inject it into the human body, where the flu proteins would be produced and the body would in turn generate an immune response. Later on, if the body encounters the real flu, it would already have the antibodies to fight it off.

Lothar Stitz of the Friedrich-Loeffler Institute in Riems Island, Germany led a team that made an mRNA vaccine for common human flu strains, as well as H5N1 bird flu. The vaccines rapidly spurred the development of protective antibodies in mice, ferrets and pigs, according to New Scientist.

What would allow the vaccine to protect against more than one type of flu virus is an ability to recognize a protein that is present on all flu vaccines but normally hidden from the immune system. Stitz and his team were able to create one such vaccine and it protected animals from an ordinary flu strain as well as the H5N1 bird flu.

Vaccines that work in a similar manner had previously been made of DNA, but they were not likely to ever be approved because of the risk that they could be incorporated into human DNA.

The development paves the way for flu vaccines that could be given once in childhood. And Stitz is also working on other mRNA-based vaccines, such as for rabies and other viral, bacterial and other fungal diseases.