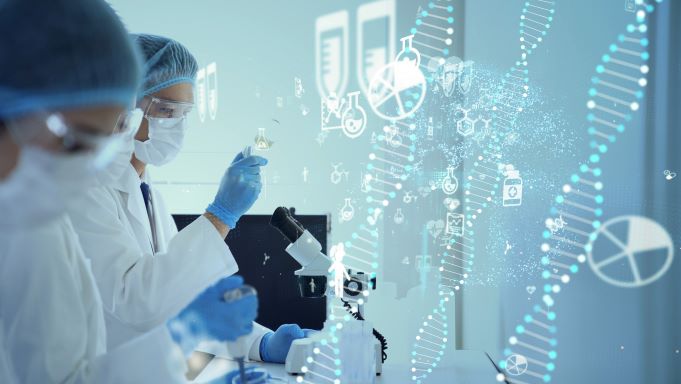 A very common virus may be the trigger for multiple sclerosis 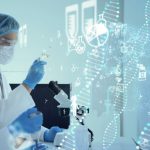 Scientists have long linked the virus that causes mono to MS.

Evidence is mounting that a garden-variety virus that sometimes causes mono in teens is the underlying cause of multiple sclerosis, a rare neurological disease in which the immune system attacks the brain and spinal cord, stripping away protective insulation around nerve cells, called myelin.

It’s still unclear how exactly the virus—the Epstein-Barr virus (EBV)—may trigger MS and why MS develops in a tiny fraction of people. About 95 percent of adults have been infected with EBV, which often strikes in childhood. MS, meanwhile, often develops between the ages of 20 and 40 and is estimated to affect around one million people in the US. Yet, years of evidence have consistently pointed to links between the childhood virus and the chronic demyelinating disease later in life.

With a study published in Science, the link is stronger than ever, and outside experts say the new findings offer further “compelling” evidence that EBV isn’t just connected to MS; it’s an essential trigger for the disease. The study found, among other things, that people had a 32-fold increase in risk of developing MS following an EBV infection in early adulthood.

“It’s a great paper,” Dr. Ruth Dobson, a preventive neurology professor and MS expert at Queen Mary University of London, told Ars in an interview. “The evidence just adds up and adds up and adds up… Whilst we don’t understand biologically how EBV drives MS and we think about causation theories, really we have the rest of the building blocks in place,” said Dobson, who was not involved in the new Science study. “It’s another piece of evidence that really solidifies this theory” that EBV triggers MS.

For the study, researchers led by Harvard neuroepidemiologist Dr. Kjetil Bjornevik mined an exceptionally rich repository of blood serum samples taken from a cohort of more than 10 million active-duty military personnel between 1993 and 2013. The samples were taken from relatively healthy, fit, and young military personnel in the course of standard screenings for infections, particularly HIV.

Of the 801 people who developed MS, all but one had antibodies indicating an EBV infection by the time of their MS diagnosis. And most of those EBV infections occurred earlier in their lives. At the start of the 20-year period, only 35 of the 801 MS patients started out as negative for EBV. By the end of the period, 34 of those 35 developed anti-EBV antibodies—aka seroconverted—prior to their diagnosis.

Bjornevik and colleagues compared those 35 initially EBV-negative personnel with 107 control-group members who also initially tested negative. They found that the rate of seroconversion in the 35 who would go on to develop MS was significantly higher than the rate in the control group—97 percent of the 35 seroconverted prior to diagnosis while only 57 percent of the control group seroconverted during the 20-year period. From that data, the researchers calculated that those who seroconverted had a 32-fold increased risk of developing MS.

It’s unclear why the one MS patient did not appear to seroconvert during the study. The authors speculate that, given gaps in sampling, it’s possible the person did seroconvert between the last sample and the diagnosis. It’s also possible that the person was misdiagnosed with MS or was infected with EBV but for some reason didn’t seroconvert. It’s also possible that the person had a rare type of MS that was triggered by something besides EBV. Regardless, the authors reasoned that the one outlying case didn’t weaken the strong connection between MS and EBV.

But EBV wasn’t the only virus the researchers scrutinized. In fact, they screened serum samples for antibodies targeting more than 200 viruses. The screening indicated that the risk of MS did not increase following infection with any other virus besides EBV. Moreover, when the researchers compared the overall antiviral antibody responses in MS patients to those in controls, they found the overall antibody responses were similar. This suggests that there wasn’t some sort of underlying immune dysregulation that spurred the development of MS after an EBV infection. Last, they screened serum samples for markers of nerve damage that show up early in MS, finding them only after a person had an EBV infection.

Overall, the study adds to a mound of other data connecting EBV to MS. Similar to the new study, other research has found a two- to three-fold increase in the risk of developing MS after a bout of infectious mononucleosis (“mono”), which is caused by EBV. The virus specifically attacks a type of immune cell called B cells, and after the initial infection the virus remains dormant in those cells for the rest of a person’s life. Multiple studies have found EBV-infected B cells in the brains and demyelinated lesions of MS patients. MS patients also sometimes have elevated levels of specific anti-EBV antibodies that target proteins called EBV nuclear antigens. And, currently, one of the most effective treatments for MS is an antibody therapy that targets circulating memory B cells, which happen to harbor dormant EBV.

Dobson and other experts agreed. In an email to Ars, Dr. Helen Tremlett, a neuroepidemiologist and MS expert at the University of British Columbia, called it “an important study” that “provides credible evidence of the relationship between EBV exposure and MS risk.” Tremlett was not involved with the new study but noted that she had collaborated with some of the co-authors in the past.

In an accompanying perspective article in Science, Stanford MS expert William Robinson and neurologist Lawrence Steinman wrote that the findings “provide compelling data that implicate EBV as the trigger for the development of MS.”

Essential piece of the jigsaw

Robinson and Steinman go on to discuss some of the hypotheses of how EBV may be triggering MS. One hypothesis is that components of EBV—particularly EBV nuclear antigen proteins—may mimic parts of myelin proteins and other proteins in the central nervous system. This could spur the immune system to create cross-reactive antibodies that attack the virus and the body, causing damage over time. Other hypotheses involve EBV-infected B cells spurring the creation of pathogenic immune cells or activating other immune cells that end up causing damage.

While the new data suggests EBV may be necessary for developing MS—i.e. you can’t develop MS without first being infected with EBV—it’s clearly not the sole factor. It’s not sufficient, as scientists like to say. Researchers over the years have identified other factors that are associated with and may contribute to MS development, such as Vitamin D deficiency, smoking, obesity, and UVB exposure. How any of these factors may combine with EBV infection to lead to MS is still under active investigation.

But, as Dobson noted to Ars, finding the initial trigger opens new possibilities for treatments, such as future EBV vaccines and EBV antivirals. “This is a disease we can’t cure and even with our best treatments, in the progressive phase people do still get worse,” Dobson said. “So, to be able to prevent or have a window into how we might be able to prevent or stop people from getting this disease in the first place would be amazing.”

If you talk to MS patients, Dobson added, all they want to do is prevent this disease from affecting their kids. If we could target “that one essential piece of the jigsaw that everybody who develops MS has” and therefore prevent an irreversible neurological disability… “that’s really exciting,” she said.