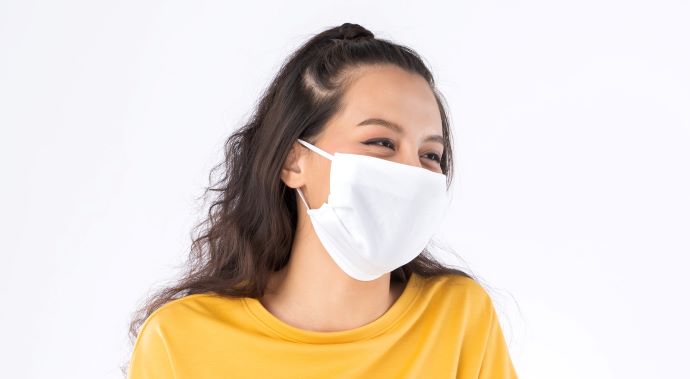 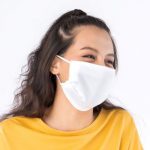 The effectiveness of face masks has been a hotly debated topic since the emergence of COVID-19. However, a new study by researchers at the University of Central Florida offers more evidence that they work.

In a study appearing today in the Journal of Infectious Diseases, the researchers found that face masks reduce the distance airborne pathogens could travel, when speaking or coughing, by more than half compared to not wearing a mask.

The findings are important as airborne viral pathogens, such as SARS-CoV-2, can be encapsulated and transmitted through liquid droplets and aerosols formed during human respiratory functions such as speaking and coughing.

Knowing ways to reduce this transmission distance can help keep people safe and aid in managing responses to pandemics, such as COVD-19, which has resulted in global-scale infection, health care system overloads, and economic damage.

These responses could include relaxing some social distancing guidelines when masks are worn.

Using diagnostic tools commonly used for understanding how fluids move through air, the researchers measured the distance in all directions that droplets and aerosols travel from people speaking and coughing, when wearing different types of masks and when not.

Fourteen people participated in the study, 11 males and 3 females, ages 21 to 31.

Each participant recited a phrase and simulated a cough for 5 minutes without a face-covering, with a cloth face covering, and with a three-layered disposable surgical mask.

The instruments measured the characteristics, behaviors and direction of the airborne particles as they traveled outward from participants’ mouths.

The researchers found that a cloth face covering reduced emissions in all directions to about two feet compared to the four feet of emissions produced when coughing or speaking with no mask on.

The reduction was even greater when wearing a surgical mask, which reduced the distance coughing and speaking emissions traveled to only about half a foot.

The researchers got the idea for the study from the jet propulsion research they do.

“The principles are the same,” Ahmed says. “Our cough and speech are exhausted propulsion plumes.”

Next, researchers are going to expand the study with more participants. The work is funded in part by the National Science Foundation.

Ahmed joined UCF’s Department of Mechanical and Aerospace Engineering, part of UCF’s College of Engineering and Computer Science, in 2014. He is also a member of the Center for Advanced Turbomachinery and Energy Research and the Florida Center for Advanced Aero-Propulsion. He served more than three years as a senior aero/thermo engineer at Pratt & Whitney military engines working on advanced engine programs and technologies. He also served as a faculty member at Old Dominion University and Florida State University.

At UCF, he is leading research in propulsion and energy with applications for power generation and gas-turbine engines, propulsion-jet engines, hypersonics, and fire safety, as well as research related to supernova science and COVID-19 transmission control.

He earned his doctoral degree in mechanical engineering from the State University of New York at Buffalo. He is an American Institute of Aeronautics and Astronautics associate fellow and a U.S. Air Force Research Laboratory and Office of Naval Research faculty fellow.

Kinzel received his doctorate in aerospace engineering from Pennsylvania State University and joined UCF in 2018. In addition to being a member of UCF’s Department of Mechanical and Aerospace Engineering, a part of UCF’s College of Engineering and Computer Science, he also works with UCF’s Center for Advanced Turbomachinery and Energy Research.