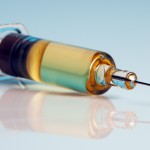 Bangladesh is going to introduce measles-rubella (MR) vaccine this month in its routine immunisation programme to prevent rubella infections that doctors say can cause ‘severe’ birth defects.

In the last week of this month, he said, they would launch the vaccine in Dhaka division and within a month across Bangladesh.

He said extensive vaccine campaigns and effective surveillance had brought down the number of measles cases in Bangladesh, but rubella cases soared.

“We cannot put our finger on the reason, but its effect is devastating.”

The Expanded Programme on Immunisation (EPI) recorded 999 lab-confirmed rubella cases in the last six months while the number of measles was 766.

Dr Musa said rubella was a mild disease in children, but ‘if they infect a pregnant woman in the first three months it can have severe effects on the unborn child.’

Initially, it shows mild symptoms – pink rashes and fever. The rashes first appear in the face and then spread all over the body within five to seven days. Summer is the peak season for the virus to circulate actively, doctors said.

The Primary Healthcare Director said they would introduce the MR vaccine in place of the only-measles vaccine to children aged 9 months. “Girls aged 15 will get the jab when they turn up to our centres for the first dose of tetanus toxide (TT) (vaccine).”

He said children would also get measles vaccine at 15 months of age.

Professor Mohammad Shahidullah, a neonatologist at Bangabandhu Sheikh Mujib Medical University, described the effects of rubella on an unborn child as ‘deadly’.

“Its consequences are very serious if it infects a pregnant woman,” he said, “once immunised, the vaccine gives life-long protection.”

Although there is no study in Bangladesh, Shahidullah said a lot of children born with severe deafness, blindness and heart defects or mental retardation have link with rubella infections of their mother during the first three months of pregnancy.

A hospital-based study in 2002 on 198 hearing-impaired children in Bangladesh found that 74 percent were linked to rubella infection to their mothers during early pregnancy.

Paediatric cardiology department of Bangabandhu Sheikh Mujib Medical University received around 3,000 children with heart defects at birth between 2004 and 2010.

The virus can also cause sudden abortion in 50 percent cases.

The World Health Organisation guidelines on the elimination of rubella say that its vaccination can be introduced in the national immunisation schedule only in countries where the measles vaccination coverage is high.

The measles coverage is above 85 percent in Bangladesh, according to EPI that started its activities in 1979 to reduce child deaths from the vaccine-preventable diseases.

It conducts round-the-year immunisation programmes through its more than 200,000 vaccine outreach centres, 24 in each union, across the country.

To introduce the new vaccine, EPI Programme Manager Dr Tajul Islam A Bari said they would not need extra funds.

“We will be able to buy MR vaccines almost at the same price of measles vaccines.”