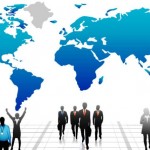 A special immunisation issue published by Vaccine, a WHO/UNICEF publication, made available to the Ghana News Agency yesterday, said better supply and logistics systems were essential to reach the estimated 22 million children in developing countries who were still not protected from dangerous diseases with basic vaccines.

Articles in the special supplement of the publication also underlined the need to improve understanding about the health benefits of immunisation.

World Immunisation Week starts on 20 April with the theme: “Protect your World, Get Vaccinated” with a range of activities in some 180 countries to help immunise more children against preventable diseases.

The publication said many countries encountered serious challenges in vaccine supply and logistics, from the inability to keep vaccines at the correct temperature to record keeping, which enables community health workers to ensure the right vaccines reached the children who needed them.

The publication said WHO, UNICEF, GAVI Alliance (formerly the “Global Alliance for Vaccines and Immunisation), the Bill & Melinda Gates Foundation and many other partners active in the Decade of Vaccines had drawn up new plans to strengthen immunisation systems.

It said there was also an urgent need to better communicate the health benefits provided by vaccines and the dangers of not immunising children; adding that, immunisation averted an estimated two to three million deaths every year, protecting children from diphtheria, measles, pertussis (better known as whooping cough), pneumonia, polio, rotavirus diarrhoea, rubella (or German measles) and tetanus.

It said in other places, myths were circulating that, vaccines did not work, or on the nature and frequency of side effects, which led parents and caregivers to refuse to vaccinate their children.

The publication stated that, nevertheless, in recent years, there had been resurgences of diphtheria, measles and rubella in developed and developing countries alike; for example, outbreaks of measles had occurred in France, Italy, Spain, the United Kingdom, and Pakistan.

It said the World Immunisation Week was an opportunity to raise global awareness of the health benefits of vaccination.

It urged governments, development partners; international organisations, manufacturers, health professionals, academia, civil society, communities and individuals in 180 countries to promote the goal of universal immunisation coverage and to overcome challenges to achieving that.

It noted that, WHO, UNICEF, the GAVI Alliance, and the Bill & Melinda Gates Foundation were all committed to giving all children a healthy start to life by achieving the Decade of Vaccines vision via the Global Vaccines Action Plan launched in 2012.

The Plan aims to deliver universal access to immunisation by 2020. In advance of World Immunisation Week, global experts are highlighting strategies to further advance progress on the Global Vaccine Action Plan that was endorsed by the World Health Assembly, 2012.