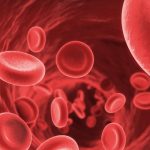 A victim’s immunological defenses may rush to puncture sites and help carry pathogens throughout the body.

Depending on your perspective, one of nature’s perverse ironies—or exquisite feats—is that some mosquito-borne viruses appear to benefit from their victims’ immune responses to bug bites. Simply put, the body’s defensive reaction to pathogens, including dengue or West Nile, acts as a handmaiden for the viruses themselves. The first glimpses into exactly how these pathogens manage to hijack the body’s defense systems to enhance disease were revealed in a new mouse study.

A research paper in Immunity suggests that when immune cells travel to the itchy, red site of a mosquito bite, they may inadvertently be infected with a mosquito-borne virus and then help spread the infection throughout the body. The resulting higher viral loads make the recipient sicker than would be the case if the virus were introduced without a bite. This revelation points to a potential new target for combating mosquito-borne diseases: the bite site itself.

European researchers came to this conclusion after conducting extensive bellwether tests involving hundreds of virus-infected mice. The scientists injected them with one of several mosquito-borne virus strains—but first they subjected about half of the rodents to typical mosquito bites at the planned injection sites. The experiment, similar to earlier studies with other viruses, was designed to test if saliva from the mosquito bite alters how the host’s body responds to infection. The new findings go beyond confirming the disease-promoting effect of the bites to reveal essential details about how the immune system’s machinery aids the virus.

The European study is the first to “give us a good handle on the mechanism,” says Kristen Bernard, a virologist studying virus–host interactions at the University of Wisconsin–Madison who was not involved in the work. The researchers’ experiments evaluated how rodents bitten by mosquitoes versus those that were not fared in the days following infection and revealed, “Immune cells, which are meant to defend the body against infection, enter the bite and inadvertently become infected,” says Clive McKimmie, a viral immunologist at the University of Leeds and the paper’s senior author.

McKimmie’s team found that neutrophils, white blood cells that act as the body’s first line of defense against invaders, fuel inflammation at the bite site—thus trapping the virus there. A few hours later immune system responders called myeloid cells show up and become infected, and their cellular machinery is hijacked to replicate the virus. The immune-system soldiers then help spread the virus in the body, ultimately increasing morbidity and mortality.

Within a day, most mice that received a bite and subsequent virus-jab showed a 10-fold increase in virus numbers at the site of infection, compared with mice that had only been inoculated with virus. Such high viral loads allow the virus to more readily spread to remote tissues—and may also boost chances of transmitting the disease to other carriers. “When there is a higher amount of the virus in the blood, the easier it is for a mosquito to become infected,” Bernard says.

The higher virus count also proved lethal for many bite victims. Among unbitten mice infected with a particularly virulent strain of Semliki Forest virus—which is a cousin of the chikungunya virus that causes extreme joint pain in humans—some 20 percent had survived 10 days after infection. In sharp contrast, 100 percent of the mice that were bitten and infected had succumbed by the fourth day. Among mice infected with a less-dangerous strain of the virus, 100 percent of the bite-free mice were alive at day 10, but only 60 percent of the bit mice remained alive.

To confirm that neutrophils and myeloid cells help the virus thrive, the researchers conducted separate experiments that depleted the neutrophils or blocked myeloid cells from deploying. In both altered states the mice actually had lower viral loads and got less sick. Evidently, “it’s just an unfortunate accident that a mosquito bite is inflammatory and viruses have made use of that,” McKimmie says.

The new findings are particularly alluring for researchers because they may point to one target—the bite site—for fighting disease formation more effectively. “If you can inhibit bite inflammation, you could have a way of stopping viruses before they establish infection. Moreover, it could be useful for many such infections, since bite inflammation is common to all of them,” McKimmie says. If their rodent findings hold true for humans and with multiple mosquito-borne viruses such as Zika or chikungunya—questions yet to be answered—his hope is that researchers could inhibit immune system responses at bite sites regardless of pathogen.

“What we want to do next and what will most likely have a real-world impact is look at repurposing already available anti-inflammatory medications,” McKimmie says. Yet Bernard cautions that even if the same process is at work in humans and these findings apply to other viruses, such a solution seems “far-fetched” because a victim would have to quickly be aware of the bite and have the medication on hand. But knowing this underlying mechanism, she says, is an important and fascinating start.