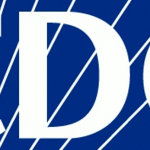 Flu strains a leading threat. America is facing a “perfect storm of vulnerability” for exposure to infectious diseases, making public health efforts more important than ever, the head of the Centers for Disease Control and Prevention warned.

“There is in some quarters a sense that public health is less and less relevant,” CDC Director Dr. Tom Frieden said during a luncheon at the National Press Club. “Public health is more needed than ever and has more potential than ever.”

The successful fight against many infectious diseases can lead to a sense of complacency, Dr. Frieden warned. But the increasing interconnectedness of the world means America is always at risk of being affected by outbreaks in other nations. A lot of food and medication in the U.S. comes from outside its borders, he said, and it only takes one missed diagnosis to unleash an epidemic.

“A blind spot anywhere in the world is a risk to us,” Dr. Frieden said. “A virus anywhere is just a plane ride away.”

He pointed to the H7N9 strain of the bird flu virus that was diagnosed this year in China. It can be lethal, but the only thing preventing a widespread outbreak is that it doesn’t yet spread from person to person.

The virus could develop that capability tomorrow — or never, Dr. Frieden said.

“There’s nothing that can kill as many people as influenza,” he said, noting that, on average, about 10,000 Americans die each year from the disease.

Dr. Frieden said that his agency is working to develop a vaccine for the latest bird flu strain, and that it launches on average one new investigation into infectious diseases every day. But faced with growing debt and shrinking funds, many cuts are being made to the nation’s health infrastructure, he added.

“Over the past four years, about 46,000 jobs have been eliminated by local and state governments in public health care professions,” he said.

The CDC has also seen its budget dwindle, and Congress authorized the lowest amount in decades — about $5.4 billion — to fund the agency, Dr. Frieden said.

The cuts have stopped investments in the latest technologies, such as advanced molecular detection that can help identify pathogens more quickly than traditional means. The CDC is asking Congress for $40 million in the 2014 fiscal year beginning Oct. 1 to try to get the newest diagnostic technology brought online.

“Every time someone is not there to identify an outbreak we’re putting people at risk,” Dr. Frieden said. “Infectious diseases continue to be and will always be part of our lives.”

And it’s not just natural threats the CDC is concerned about either. The agency remains on the lookout for bioterrorism threats, such as the letters laced with the poison ricin that were sent to Washington earlier this year.

Dr. Frieden was named director of the CDC in 2009. He has worked for the agency since 1990, apart from a seven-year break when he led New York City’s Health Department.