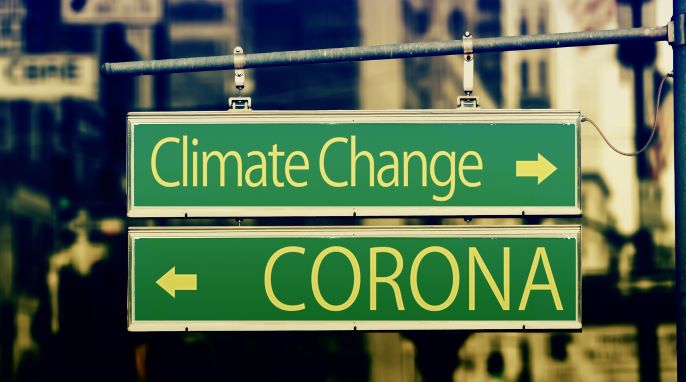 Over the next 50 years, climate change could drive over 15,000 new cases of mammals transmitting viruses to other mammals, according to a study published in Nature. It’s one of the first to predict how global warming will shift wildlife habitats, increase encounters among species capable of swapping pathogens and quantify how many times viruses will jump between species.

The COVID-19 pandemic probably started when a novel coronavirus passed zoonotically, from wild animal to human, many researchers say. A predicted rise in viruses jumping between species could trigger more outbreaks, posing a serious threat to human and animal health alike, the study warns — providing all the more reason for governments and health organizations to invest in pathogen surveillance and to improve health-care infrastructure.

The study is “a critical first step in understanding the future risk of climate and land-use change on the next pandemic”, says Kate Jones, who models interactions between ecosystems and human health at University College London, and who was not involved in the study.

The research predicts that much of the new virus transmission will happen when species end up together in cooler locales as temperatures rise. And it projects that this will occur in species-rich ecosystems at high elevations, particularly in areas of Africa and Asia that are densely populated by humans, including the Sahel, India and Indonesia. Assuming that the planet warms no more than 2 °C above pre-industrial temperatures this century — a future predicted by some climate analyses — the number of first-time meetings between species will double by 2070, creating virus transmission hotspots, the study says.

“This work provides us with more incontrovertible evidence that the coming decades will not only be hotter, but sicker,” says Gregory Albery, a disease ecologist at Georgetown University in Washington DC and a co-author of the study.

The challenges of modelling

To make their predictions, Albery and his colleagues developed and tested models, and ran simulations over a five-year period. They combined models of virus transmission and species distribution under various climate-change scenarios, focusing on mammals because of their relevance to human health.

The team built the species distribution model to predict where mammals would move to find more livable habitats as the planet warms. The virus transmission model predicts the probability of a virus jumping between species for the first time by taking into account where species might meet as their habitats shift, and how closely related they are evolutionarily (viruses are more likely to transmit among related species).

The modelling seems “technically impeccable”, says Ignacio Morales-Castilla, a global-change ecologist at the University of Alcalá, Spain, though he points out that forecasting exercises such as this sometimes need to include unrealistic assumptions. But he adds that the breadth and scope of the research and its ability to identify which parts of the world might be most at risk “clearly stand out”.

One assumption the researchers had to make was about how far and wide species would spread as climate changes. But factors such as whether mammals can adapt to local conditions or physically cross barriers in landscapes are difficult to predict.

One mammal projected to be involved in virus transmission regardless of these factors is the bat, the study found. Thought to be involved in the origins of COVID-19, bats are known reservoirs of viruses and make up about 20% of mammals. The team says that one reason bats are unlikely to experience barriers to shifting their habitats because they can fly.

Although Jones applauds the study, she urges caution when discussing its implications for human health. “Predicting the risk of viral jumps from mammals into humans is more tricky, as these spillovers take place in a complex ecological and human socioeconomic environment,” she says.

Many factors could lessen the risk to human health, including increased investment in health care or a virus being surprisingly unable to infect humans, she adds.

But the researchers urge that there is no time to waste. Earth has already warmed more than 1 °C above pre-industrial temperatures, and this is driving species migration and disease swapping. “It’s happening and it’s not preventable, even in the best climate-change scenarios,” Albery says.

But Albery and his co-author, Colin Carlson, a global-change biologist also at Georgetown University, say that even though some increase in disease transmission is inevitable, this is no excuse for inaction. The researchers call on governments and the international community to improve the monitoring and surveillance of wild animals and zoonotic diseases, particularly in future hotspots like southeast Asia. Improving health infrastructure is also essential, they say.

As people begin to prepare for and adapt to global warming, most efforts focus on activities such as halting deforestation or reinforcing sea walls. But Carlson says: pandemic preparedness and disease surveillance are climate-change adaptation too.