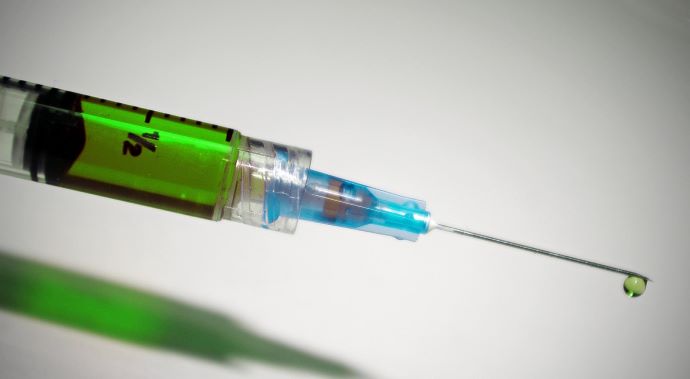 Why is the 100-year-old BCG vaccine so broadly protective in newborns?

The century-old Bacille Calmette-Guérin (BCG) vaccine against tuberculosis is one of the world’s oldest and most widely used vaccines, used to immunize 100 million newborns every year. Given in countries with endemic TB, it has surprisingly been found to protect newborns and young infants against multiple bacterial and viral infections unrelated to TB. There’s even some evidence that it can reduce severity of COVID-19.

What’s special about BCG vaccine? How does it protect infants so broadly? It turns out little is known. To understand its mechanism of action, researchers at the Precision Vaccines Program at Boston Children’s Hospital partnered with the Expanded Program on Immunization Consortium (EPIC), an international team studying early life immunization, to collect and comprehensively profile blood samples from newborns immunized with BCG, using a powerful “big data” approach.

Their study, published online May 3 in Cell Reports, found that the BCG vaccine induces specific changes in metabolites and lipids that correlate with innate immune system responses. The findings provide clues toward making other vaccines more effective in vulnerable populations with distinct immune systems, such as newborns.

First author Joann Diray Arce, PhD, and her colleagues began with blood samples from low-birthweight newborns in Guinea Bissau who were enrolled in a randomized clinical trial to receive BCG either at birth or after a delay of six weeks. Both groups had small blood samples taken at four weeks (after BCG was given to the first group, and before it was given to the second group).

Using metabolomics and lipidomics, the team comprehensively profiled the impact of BCG immunization on the newborns’ blood plasma. They found that BCG vaccines given at birth changed metabolite and lipid profiles in newborns’ blood plasma in a pattern distinct from those in the delayed-vaccine group. The changes correlated with changes in cytokine production, a key feature of innate immunity.

The researchers had parallel findings when they tested BCG in cord blood samples from a cohort of Boston newborns and samples from a separate NIH/NIAID-funded Human Immunology Project Consortium study of newborns in The Gambia and Papua New Guinea.

“We now have some lipid and metabolic biomarkers of vaccine protection that we can test and manipulate in mouse models,” says Arce. “We studied three different BCG formulations and showed that they converge on similar pathways of interest. Reshaping of the metabolome by BCG may contribute to the molecular mechanisms of a newborn’s immune response.”

“A growing number of studies show that BCG vaccine protects against unrelated infections,” says Ofer Levy, MD, PhD, director of the Precision Vaccines Program and the study’s senior investigator. “It’s critical that we learn from BCG to better understand how to protect newborns. BCG is an ‘old school’ vaccine — it’s made from a live, weakened germ — but live vaccines like BCG seem to activate the immune system in a very different way in early life, providing broad protection against a range of bacterial and viral infections. There’s much work ahead to better understand that and use that information to build better vaccines for infants.”

The study was supported by the NIAID (U19AI118608, U01 AI124284), the Precision Vaccines Program at Boston Children’s Hospital, and the Mueller Health Foundation. Levy is a named inventor on several Boston Children’s Hospital patents relating to human microphysiologic assay systems and vaccine adjuvants. Coauthors Scott McCulloch and Greg Michelotti are employees of Metabolon Inc. The other authors declare no competing financial interests.