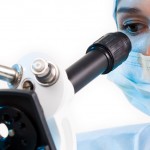 New results from a safety and immunogenicity study, which included a challenge phase to test efficacy, indicate that a live attenuated enterotoxigenic Escherichia coli(ETEC) vaccine candidate, given in combination with a novel adjuvant, provided significant protection against disease. This represents the first efficacy data for this vaccine/adjuvant combination, which was 58.5 percent efficacious in protecting against diarrhea of any severity using a highly rigorous ETEC human challenge model. The vaccine/adjuvant combination was also protective against severe ETEC diarrhea in this model with a protective efficacy of 65.9 percent.

Each year, nearly 600,000 children die from severe, dehydrating diarrhea and millions more are hospitalized, mostly in low-resource countries. ETEC may be the first enteric illness encountered by many infants, and it causes several hundred million cases of diarrhea each year, mainly in children. This high rate of ETEC disease in early life contributes to the faltering of infant development common in many parts of the developing world. ETEC is also the most common cause of travelers’ diarrhea that affects individuals from industrialized countries visiting endemic areas.

The study was conducted by PATH in collaboration with Johns Hopkins Bloomberg School of Public Health (JHU) to study the ACE527 ETEC vaccine candidate, which is an orally administered mixture of three different strains of weakened bacteria. It was administered in combination with genetically detoxified double-mutant E. coli heat-labile toxin (dmLT) adjuvant, which may enhance the anti-LT response induced by the vaccine and could contribute to protection.

The two-part Phase 1/2b study enrolled healthy US adults to receive ACE527 alone, ACE527 with the dmLT adjuvant, or a placebo. After demonstrating comparable safety and immunogenicity of both vaccine arms in the first part of the trial, the study was amended to include a challenge phase involving more than half of the original volunteers while the data were still blinded. Volunteers who were immunized with three doses of ACE527 coadministered with dmLT at the time of immunization were protected from severe diarrhea when challenged orally six to seven months later with live ETEC organisms, meeting the primary endpoint of the study.

“These promising study results point to the great potential that ETEC vaccines hold for saving young children’s lives and preventing illness in the developing world,” said Dr. Richard Walker, director of PATH’s enteric vaccine development project. “We are greatly encouraged by these positive data and hope to see the development of this ETEC vaccine/adjuvant combination continued.”

Given these very encouraging new results, PATH is interested in accelerating the development of this promising vaccine/adjuvant for use in infants and young children in low-resource settings. PATH is currently in discussion with several developing-country vaccine manufacturers about the ACE527 candidate, and is interested in pursuing other partnership opportunities to conduct further evaluation of the vaccine/adjuvant combination.