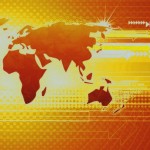 Experts sometimes describe Southeast Asia as a “hotspot” for emerging infectious diseases (EIDs) because several major outbreaks have started in this region. Now, with unprecedented levels of connection between animals and people through urbanization, and of people with other people through increased air travel, scientists say the threat level for new diseases is high.

The US-based Centres for Disease Control and Prevention (CDC) note that approximately 75 percent of EIDs found in humans are zoonoses – initially transmitted from animals to humans. The Ebola virus originally came from bats, HIV was likely transmitted from primates, and H5N1 Influenza A (bird flu) came from chickens.

A 2013 paper on Southeast Asia in the journal of Emerging Infectious Diseases pointed out: “The probability of new emerging diseases may be reduced by many… socioeconomic changes such as urbanization, and the industrialization and commercialization of agriculture and food production.” But the authors also warned that these changes could have the opposite effect because of a “greater concentration and connectivity of livestock and persons”.

With visa-free travel on the horizon for the 10 countries in the Association of South East Asian Nations (ASEAN), and the proliferation of low-budget airlines, experts predict that a more rapid spread of diseases may soon follow.

Rapid economic growth in the region – as high as 6 percent in the GDP of some countries over the past five years – has catalyzed new lifestyles and habits, including a gradual erosion of remoteness in some areas, which can affect public health.

“[Economic growth] has created in the region a greater concentration and interconnection of animals, people, and products than is found almost anywhere else in the world,” said Chris Gregory, an epidemiologist with the Thailand International Emerging Infections Programme.

He notes that this growth has created almost unparalleled “large-scale population movements and animal trade, changing patterns of land use – including increased agriculture and livestock development and deforestation – that alter ecosystems, and increase antibiotic resistance through the easy availability and heavy use of antimicrobials in both people and animals.”

Asia is expected to increase its urban population by 1.4 billion between 2011 and 2050 and while rapid urbanization can be seen as an indicator of people moving toward more prosperous lives and better healthcare services, city population booms are a double-edged sword.

A 2013 paper looking into the risk of emerging infections in the Asian region 10 years after the outbreak of Severe Acute Respiratory Syndrome (SARS), which killed an estimated 774 people by July 2003, showed how cities can increase the speed of disease transmission, acting as “hubs” for spreading diseases nationally and internationally, or as “bridges between human and animal ecosystems”.

Peter Horby, who works with the Oxford University Clinical Research Unit in Vietnam, and the National University of Singapore, co-authored the paper.

Sewage and sanitation systems struggle to cope with demand in growing cities, said Kenrad Nelson, a professor of epidemiology and international health at the Johns Hopkins University Bloomberg School of Public Health. “The live [animal] markets in most [of the] larger cities are where cross-contamination with pathogens can occur,” he commented, echoing what others have called the “intensification of animal systems in cities”.

According to Jeffrey Gilbert, an animal health specialist based in Laos, urbanization and the expansion of urban spaces creates problems of “connectivity” between animals and the viruses or bacteria they carry, and the humans encroaching on their habitats.

Changing diets in cities and the countryside also account for new disease risks. “When socio-economic conditions rise for a population, consumption patterns change, including for animal products that might carry pathogens previously not introduced in human populations, or in populations of humans naïve to this particular disease,” Gilbert noted.

The Centre for Aviation (CAPA), a global association, lists 25 low-cost carriers operating in Southeast Asia, five of which have joined the market since the end of 2011. CAPA predicted continued growth in budget airline fleets in 2013, potentially increasing flight traffic by as much as 30 percent.

More people on the move to more places can take more than their luggage to their destinations. “Cross-national migration, mostly for economic reasons from lower-income to higher-income countries, is also significant and likely to further increase after the opening of ASEAN borders in 2015,” said Gregory, the epidemiologist.

“We have to remember that greater connectivity means information is more linked-up, too. Someone in Laos or Cambodia can look up a doctor in Bangkok or Singapore and get on a flight the next day to seek care for an illness that he or she thinks can’t be, or won’t be, adequately treated at home.”