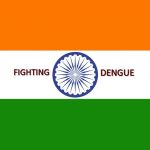 India suffers from the highest number of dengue infections in the world, but there are few studies, if any, to understand the immune cells involved in fighting the virus.

A recent study published in the Journal of Virology, by joint efforts among scientists from Emory, India and Thailand, sheds novel insights on the properties of a class of immune cells known as CD8 T cells, which are involved in fighting dengue virus infection.

Human infections with dengue virus often lead to debilitating illness, hemorrhage and death, especially among children. Currently one third of the global population is under the threat of dengue virus infection. The virus continues spreading globally, causing huge public health concern including the Americas.

In addition to fighting the virus by killing infected cells, these CD8 T cells are notorious for releasing inflammatory cytokines, such as IFN-g. If all of these these massively expanding CD8 T cells produced these inflammatory cytokines, the patients would be expected to suffer from a dangerous “cytokine storm” like that seen in Ebola virus disease. Interestingly, the study shows that in the dengue patients, however, a vast majority of these massively expanding CD8 T cells kept their cytokine production under check while retaining the ability to kill virus-infected cells.

According to Anmol Chandele, PhD, lead author of the study, harnessing this new knowledge for an understanding of how to maintain the balance between fighting the infection while inhibiting inflammation will be critical for developing more effective vaccines and therapeutics and could be a game changer in the fight against dengue.

The study emphasizes the value of international collaboration and arises from a unique partnership established five years ago between Emory Vaccine Center and the International Centre for Genetic Engineering and Biotechnology (ICGEB) in New Delhi.

Chandele is adjunct assistant professor of microbiology and immunology, and Murali Krishna Kaja, PhD, the study’s senior author, is associate professor of pediatrics at Emory University School of Medicine and associate director for the ICGEB-Emory Vaccine Center partnership.

The goal of the ICGEB-Emory Vaccine Center partnership is to bring state-of-the-art vaccine research to where it is needed most via international research collaborations and to increase India’s capacity for vaccine and infectious disease research.