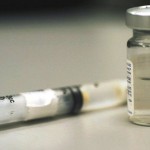 New European studies, reported in Eurosurveillance, suggest that this year’s  influenza vaccine is providing good protection against influenza B viruses but only moderate protection against type A—findings more or less consistent with earlier results in the United States.

In Navarre, Spain, where type B viruses have been predominant this season, overall VE was estimated at 86%, according to another report.

Both studies suggest parallels with a January VE estimate from the US Centers for Disease Control and Prevention (CDC). The CDC’s early-season estimate for the United States was that the vaccine was 70% effective against type B, 55% against type A, and 62% overall. The overall estimate was in line with a recent meta-analysis of controlled trials of flu VE, which concluded that trivalent inactivated vaccine was about 59% effective in working-age adults.

In an accompanying Eurosurveillance editorial , experts discussed the difficulties in assessing the effectiveness of inactivated flu vaccines, including recent evidence that a good match between the vaccine and circulating strains doesn’t necessarily make the vaccine more effective.

The multi-country study came from surveillance networks in Germany, Ireland, Portugal, Romania, and Spain, all of them part of the Influenza Monitoring Vaccine Effectiveness (I-MOVE) network. They conducted a test-negative case-control study, in which patients who seek treatment for influenza-like illness (ILI) are tested for flu and their vaccination status is determined.

After some patients were excluded because of missing information, the team ended up with 396 flu cases and 650 controls. There were 12 case-patients who had been vaccinated, including 5 who had H3N2 infections, 4 who had H1N1, and 3 who had type B.

The authors say their findings should be interpreted cautiously because the sample was small. They also comment that most of the H3N2 viruses in Germany that have been antigenically characterized this season have been well matched to the vaccine strain. A similar “discrepancy” between a good vaccine-virus match and low VE has also been seen this season in Canada, they add.

“The lower VE among the target groups and against influenza A(H3N2) underlines that efforts to improve the influenza vaccine should continue in order to better protect those at risk of severe illness or complications,” the report concludes.

In Navarre, Spain, researchers conducted a prospective cohort study using electronic records of physicians and labs to assess medically attended ILI in vaccinated and unvaccinated patients. In addition, they did a nested case-control analysis of ILI patients to determine vaccination status in those who were tested for flu. The study ran from Nov 5, 2012, to Feb 3.

All 14 type B viruses identified in the patients were of the Yamagata lineage, the same as in the vaccine, the report says.

The authors comment that their findings are preliminary and may have limited statistical power for some analyses, but they adjusted for the most often recognized confounders in their cohort study. “The case-control analysis included only laboratory-confirmed cases and compared them with controls recruited in the same healthcare settings before either patient or physician knew the laboratory result, a fact that reduced selection bias,” they add.

A recent study from the United Kingdom, also using the test-negative case-control method, found this season’s VE against type B to be somewhat lower than the new studies, at 52%. That analysis found an overall VE of 51% and a VE of 49% against influenza A. On the other hand, Danish researchers recently found that in people over 65, the vaccine had essentially no effectiveness against type A viruses but was 69% effective against type B.

In the accompanying editorial, experts from Australia and Sweden discuss the various dilemmas in assessing flu VE. They are Heath Kelly of the Victorian Infectious Diseases Laboratory in Melbourne and Ines Steffens of the European Centre for Disease Prevention and Control in Stockholm.

Among other things, they comment that the recent Danish study and others suggest that the connection between VE and the match of vaccine strains to circulating viruses may not be as clear as previously assumed. For example, in a recent 4-year study from Australian sentinel practices, VE was estimated at 58% in 2007, when all strains were assessed as predominantly mismatched, but 59% in 2010, when the strains predominantly matched.

Kelly and Steffens observe that recent studies show that inactivated flu vaccine yields protection levels below the 70% to 90% range, which was commonly cited in the past. But they add, “It is important to bear in mind that ‘moderate’ protection, in the order of 40 to 60%, is nonetheless protection. If vaccination with a safe vaccine decreases the risk of an adverse outcome by approximately half, vaccination can be confidently recommended.”

“We hope that influenza vaccine researchers continue to refine study methods to estimate the benefit that can be expected from inactivated vaccines in routine practice, and agree on how best to describe this benefit. This is important for a consistent and credible public health message,” they conclude.