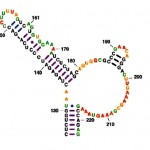 The first self-injectable HIV antibody, PRO 140, has a 98 percent success rate in reducing the virus in HIV patients’ blood, according to results released from a Phase 2b clinical trial of the drug.

PRO 140 works by blocking the HIV co-receptor CCR5 on T-cells, protecting healthy cells from viral infection. One dose a week has been shown to effectively reduce viral loads by nearly 100 fold, according to a news release.

HIV, or human immunodeficiency virus, destroys T cells, a type of white blood cell vital to fighting infection. Individuals with compromised immune systems are then vulnerable to other infections, diseases and complications— the final stage of HIV infection is AIDS.

According to a news release, the drug could be available commercially in 2017, pending positive results from an upcoming Phase 3 trial. The Food and Drug Administration has designated PRO 140 as a “fast-track” product candidate. The drug has undergone seven clinical trials.