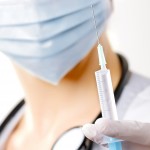 Genocea Biosciences recently announced that it will highlight the development of a new malaria vaccine at an upcoming presentation at the World Vaccine Congress.

Dr. Jessica Baker Fletcher, Genocea’s vice president of research, is expected to make the presentation that will focus on the company’s novel approach to discovering vaccine candidates derived from antigens that stimulate the T cell portion of the human immune system, according to News-Medical.net.

“Genocea is rapidly identifying and evaluating T cell antigens to create a vaccine that is both widely effective and can be produced on a broad scale,” Fletcher said, News-Medical.net reports.

Genocea said that, if successful, its efforts could produce a malaria vaccine that stimulates a more robust immune response than any that are currently in trials.

“Despite the community’s best efforts to combat this global threat, there are still no viable candidate vaccines that provide robust immunity across a diverse population,” Genocea President and CEO Chip Clark said, News-Medical.net reports. “Genocea is rapidly identifying and evaluating T cell antigens to create a vaccine that is both widely effective and can be produced on a broad scale.”

Genocea’s efforts are involve the investigation of a subset of more than 800 proteins taken from the liver stage of malaria infection. The company hopes to be able to identify antigens from this set that may be suitable vaccine candidates.