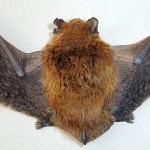 Experts on infectious diseases warn people to stay away from bats worldwide after the recent death of an eight-year-old boy bitten in Australia.

The boy last month became the third person in the country to die of Australian bat lyssavirus (ABLV), for which there is no effective treatment.

Doctors Joshua Francis and Clare Nourse of Brisbane’s Mater Children’s Hospital warned that human-to-human transmission of the virus may be possible.

Francis said the boy was bitten during a family holiday to Queensland in December 2012, but did not tell his parents. Three weeks later he began to suffer convulsions, abdominal pain and fever, followed by progressive brain problems.

Doctors frantically tried to establish what was wrong and on day 10 of his admission the lyssavirus was detected. He fell into a coma and died on February 22.

Francis said the warning to avoid bats around the world was issued not just because of the danger posed by the animals themselves, but due to the risk, however remote, that the virus could be spread between humans.

“Human to human transmission of lyssaviruses has not been well documented, but it is theoretically possible,” he said.

International guidelines recommend post-exposure prophylaxis for anyone who has been exposed to the saliva or neural tissue of an infected person through broken skin or mucous membrane contact.

“ABLV has proved fatal in all cases reported to date. There is a need for increased public awareness of the risk associated with bat contact,” Francis said. “In short, people should stay away from bats.”

ABLV was first identified in Australian bats and flying foxes and is common in both, though human infection is extremely rare.

Two adult cases were confirmed in 1996 and 1998. One was a woman bitten by a flying fox after wrestling it off a child, the other a carer who looked after the animals.

Other lyssavirus strains circulate in bats in the United States and Europe and the experts said their warning applies to wherever bat or flying fox populations exist.