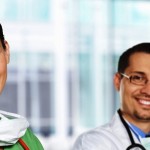 Claims the outbreak of measles in south Wales was down to Department of Health policy in the 1990s is “completely incorrect”, the government has said.

Dr Wakefield told the Independent he had called for a single measles vaccine instead of MMR but this was not heeded.

The Department of Health said its immunisation advice “has always kept the interests of patients paramount”.

When questions were raised in the wake of Dr Wakefield’s research, the UK government and the vast majority of scientists insisted that MMR – the combined vaccine against measles, mumps and rubella – was safe.

A spokesman for the DoH said: “Dr Andrew Wakefield’s claims are completely incorrect.”

He added: “Measles is a highly infectious and harmful disease. If your child has not had two doses of MMR, whatever their age, we urge you to contact your GP surgery and make an appointment.”

Dr Wakefield’s comments came as vaccination clinics aimed at controlling the spread of measles in south Wales are being extended to areas not yet affected by the disease.

There are fears the outbreak could escalate when children return to school after the Easter holidays, and Health Wales is warning that too few children aged 10 to 17 are coming forward for MMR jabs.

There have so far been 693 cases of measles in and around the Swansea area since November.

The General Medical Council found Dr Wakefield guilty of serious professional misconduct in 2010 and he was struck off the medical register. It did not investigate whether his findings were right or wrong but focused on the way he carried out his research.

Dr Wakefield’s study considered whether there was a link between the three-in-one MMR vaccine and autism and bowel disease.

It focused on tests carried out on 12 children who had been referred to hospital for gastrointestinal problems.

Dr Wakefield was also paid to carry out another study at the same time to find out if parents who claimed their children were damaged by the MMR vaccine had a case. Some children were involved in both studies.

The Lancet medical journal, which published Dr Wakefield’s findings, said it was not informed of this and that together, the studies represented a potential conflict of interest which would have led it to reject the paper.

At a press conference at the Royal Free Hospital when the study was published, most of those who were involved in the research agreed that further research was needed, and that parents should continue to have their children vaccinated with the three-in-one jab.

Speaking to the Independent, Dr Wakefield accused officials in the 1990s of “putting price before children’s health”.

He said the Health Protection Agency had told him use of single measles vaccines “would destroy our MMR programme”.

He said he had recommended the use of single measles vaccine at the press conference to launch his Lancet paper on the MMR jab and that “remains my position”.

“While MMR vaccination uptake fell from February 1998, there was a reciprocal increase in the uptake of the single vaccines,” he said.

“Six months later, in September 1998, the British government withdrew the importation licence for the single vaccines, effectively blocking this option for parents.

“Measles cases in the UK rose when the government withdrew the importation licence for the single measles vaccine leaving concerned parents with no choice. ”

The Wakefield claims have been tested in over a dozen statistical studies carried out across large populations in different countries, and none found any evidence at all to suggest there was any link between the MMR jab and autism.

These studies included a 2004 investigation by a team from the UK Medical Research Council which compared the vaccination records of 1,294 children diagnosed with autism or related conditions with those of 4,469 children who had no such diagnosis.

Overall, 78% of the children with autism had received MMR. But 82% of the other children had also been given MMR.

A 2005 paper looked at autism rates among 31,426 children born in Japan. It found the incidence of autism actually increased after the MMR jab was withdrawn in the country in 1993.

One of the biggest studies of all – a 2002 paper examining the records of 537,303 children born in Denmark – also showed no link between MMR and autism.