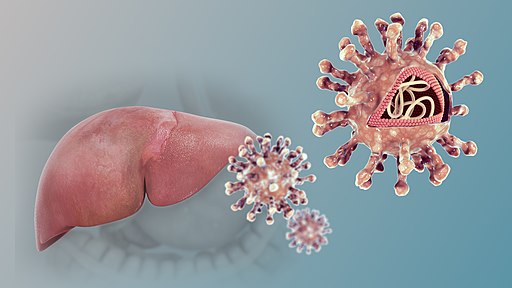 A vaccine to protect against infection with hepatitis C could be in use within 5 years, says Professor Sir Michael Houghton, who won the Nobel Prize for Medicine and Physiology along with three other scientists for discovering the hepatitis C virus (HCV) in 1989. Sir Michael will discuss the development of a vaccine in a special presentation at this year’s European Congress of Clinical Microbiology and Infectious Diseases (ECCMID), held online this year.

Up to 2 million new HCV infections occur every year around the world, with an estimated 70 million carriers of the virus globally, most of whom are not diagnosed. The virus is estimated to cause some 400,000 deaths annually. Many infected with the virus go on to develop liver cirrhosis and liver cancer.

“While the advent of directly acting antivirals (DAAs) to cure hepatitis C has given us a huge weapon to turn the tide on this pandemic, there is no doubt that a vaccine is required to help the world reach its ambitious target of reducing new hepatitis C infections by 90% and mortality rates by 65% by 2030,” explains Sir Michael, who is currently based at the Li Ka Shing Applied Virology Institute, University of Alberta, Canada.

He will discuss that, while countries like Egypt have managed to enact huge control programs for hepatitis C (50 million screened and 4 million treated and cured using DAAs since 2014), they have only been able to do so thanks to mass production of generic drugs ($US84 per patient). However, the cost per patient in high-income countries is some $US20,000 per patient.

He will explain how the scientific community has learnt what immune responses protect against HCV infection, and many technologies including the new RNA technology (used in Pfizer and Moderna COVID-19 vaccines) and adenovirus-based technologies (developed by Oxford University and AstraZeneca, and Johnson & Johnson) are able to reproduce these protective immune responses through vaccination.

Sir Michael and colleagues at the Li Ka Shing Applied Virology Institute are currently developing an adjuvanted recombinant vaccine, which is expected to induce production of antibodies to multiple cross-neutralising epitopes, making it harder for the virus to escape the humoral immune response. Put another way, there are many different antibodies likely to be produced by this vaccine that can prevent HCV infection, making it very hard for the virus to evade them by mutation and thus protecting the vaccine recipient from hepatitis C infection.

Sir Michael will discuss how the COVID-19 pandemic has pushed back many areas of medical research, including work on hepatitis C vaccines. But he anticipates phase 1 trials in 2022 using different adjuvants followed by phase 2 human efficacy trials from 2023-2026, either in an at-risk population such as people who inject drugs, or via human vaccine challenge trials.

He says: “If safety and efficacy are proven, roll-out of vaccine to the high-risk people-who-inject-drugs population could begin in 2026/2027. Following phase 3 trials, the hepatitis C vaccine could then be rolled out to other high-risk groups in or around 2029, such as men who have sex with men, healthcare workers, and babies born to mothers with hepatitis C, in all countries of the world.”

Using Canada as an example, Sir Michael points out the huge cost savings that could be generated by a successful vaccine – it is estimated that treating people who inject drugs with DAAs over a decade would incur drug costs of around C$1 billion (US$0.8 billion), compared to $20 million (US$16 million) estimated for vaccine costs to protect the same population.