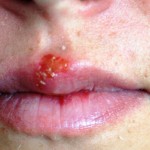 The herpes virus that produces cold sores during times of stress now has been linked to cognitive impairment throughout life, according to a new University of Michigan study that for the first time shows an impact on children ages 12 to 16.

Researchers at the U-M School of Public Health study examined the association between two latent herpes viruses— Herpes Simplex Virus Type 1 and cytomegalovirus (CMV)— and cognitive impairment among individuals across three age groups: 6-16, 20-59, and 60 and older. The researchers used data from the National Health and Nutrition Examination Survey.

HSV-1 is the oral herpes virus. Previous research has linked it with neurological disorders associated with aging, including Alzheimer’s disease and dementia, but few studies have examined whether these pathogens may influence cognition beginning early in life.

“This study is a first step in establishing an association between these viruses and cognition across a range of ages in the U.S. population,” said Allison Aiello, associate professor of epidemiology at the U-M School of Public Health.

The research, published in the Journal of Infectious Diseases, demonstrates that HSV-1 is associated with lower reading and spatial reasoning test scores among children ages 12-16; impaired coding speed, which is a measure of visual motor speed and attention, among middle-aged adults; and immediate memory impairment in older adults. CMV also was associated with impairment in coding speed, learning and recall in middle-aged adults.

More than one third of the U.S. population is positive for these viruses by early childhood. Some individuals may not be symptomatic.

“If HSV-1 begins to have impact on cognitive function early in life, HSV-1 infection in childhood may have important consequences for educational attainment and social mobility across the lifespan,” said Amanda Simanek, formerly an assistant research scientist in the U-M Department of Epidemiology and now an assistant professor of epidemiology at the University of Wisconsin-Milwaukee.

“Once acquired, herpes viruses are never cleared from the body and instead persist in a latent state. Such pathogens are, however, subject to reactivation and capable of invading the central nervous system, where they may exert direct damage to brain.”

Simanek said reactivation of herpes viruses triggers the release of pro-inflammatory cytokines, which have been linked to cognitive impairment. Cytokines are hormones involved in cell signaling and regulation; pro-inflammatory cytokines play an important role in the immunological response to infection and tissue injury. Excessive inflammation, however, has been linked to various chronic disease outcomes.

To date, much of the public health focus surrounding herpes viruses has been on treating symptoms and some on prevention.

“If future research continues to support this work and identifies a definitive mechanistic pathway, there are several implications for public health preventive measures,” Aiello said. “For example, antivirals targeted against these infections may be recommended as well as continued efforts in developing vaccines to target HSV-1 and CMV.

“These viruses are very ubiquitous and reactivate in response to exposure to stressors. If they are truly detrimental to cognitive function, individuals may want to consider reducing stress to avoid reactivation and possible damage associated with these infections, especially if they are known to be positive for HSV-1 as indicated by the presence of cold sores during times of stress.”

The researchers say further studies are warranted to examine the biological pathways by which these herpes viruses may affect cognitive impairment over time.