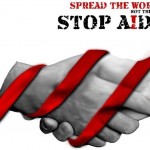 By the end of 2013, there were 35 million people living human immunodeficiency virus (HIV) globally, and that number likely increased in subsequent years. However, the clone of a potent single-cell-based antibody, that dwells near the human CD4 binding site, could be the answer to neutralizing HIV and suppressing HIV in a patient’s blood, reducing the presence of HIV by up to 300 percent.

In the past, research has been conducted on genetically engineered mice and non-human primates, but a new trial was the first to test antibody-based therapy on humans.

Documented in the international weekly journal of science “Nature,” the antibody treatment utilizes the clones of immune proteins taken from individuals who possess a natural, rare immunity to the virus. That antibody was then injected, in different concentrations, into 17 HIV-infected and 12 uninfected participants over the span of 56 days.

The eight infected patients who received the greatest dose of the antibody relinquished the highest amount of the virus, a decrease of 300 percent.

On its own, the human body experiences difficulty combating HIV because the immune system must generate antibodies that are specific to each viral strain. However, strains quickly mutate, and antibodies are unable to challenge the strain. Thus, injecting the 3BNC117 antibody, which is inherent to 10 to 30 percent of HIV-infected individuals, helps the body to attack numerous strains (195 of 237 HIV strains) at once, and totally changes outcomes. For those who naturally possess the antibody, by the time the body produces the antibody the virus has evolved and it can’t be attacked. Injecting 3BNC117 into the body before this happens allows the antibody to fight the primary site of the virus, known as the CD4 binding site. And disabling the virus stops it from binding and replicating.

According to experts, curing the infection through this therapy is unlikely, though it is remotely possible. What’s most plausible is the antibody therapy can could be used to treat HIV in combination with other antibodies and other anti-HIV drugs. It could prevent the spread of HIV infection following exposure. It could be used for infants born to HIV-positive mothers, and it can be used to treat those who’ve become resistant to HIV drugs. For uninfected participants, the injections produced enough antibodies to prevent an infection; meaning they were effectively vaccinated against HIV.

While the antibody treatment sounds fantastic, there are risks, and the virus could outwit the therapy through its usual and swift structural changes. Allergic reactions could result if the antibodies are recognized by the immune system. And, although it’s unlikely, 3BNC117 could bind in an area that’s somewhere other than the virus’ main docking site.

The antibody-based therapy proves that antibodies can be effective in controlling HIV infection, but the study is still in its early stages. Further research is planned, which will include a more diverse pool of HIV-infected participants.

They’ll likely attempt to modify 3BNC117 to make it stronger, and it’ll be injected in combination with other antibodies or drugs.