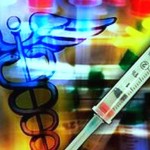 Haunted by the public health community’s failure to prevent or contain Ebola, a top Houston expert is spearheading a government-sponsored effort to prepare North Africa and the Middle East so that the region doesn’t spawn the next infectious disease epidemic.

Dr. Peter Hotez, named a U.S. science envoy in December, fears the next virulent outbreak of a neglected tropical disease or emerging infection could strike ISIS-occupied territories in Syria, Iraq, Yemen or Libya, all of which fit the historical mold for such a disaster. He is working to identify institutions in the region that could send scientists to train in Houston, then ramp up back at home to produce vaccines in time to prevent an epidemic.

“We can’t wait for catastrophic epidemics to happen and only then start making vaccines,” Hotez, an infectious disease specialist at Baylor College of Medicine and Texas Children’s Hospital, tells the Houston Chronicle (http://bit.ly/1ILdLaj ). “We need to start anticipating the next threat.”

It’s widely agreed that the public health community waited too long on Ebola, which devastated the West Africa countries of Sierra Leone, Liberia and Guinea in 2014, killing more than 10,000. The West had the technology to produce Ebola vaccine candidates as long as a decade ago, but major pharmaceutical companies didn’t pick any up for a clinical trial until late last year.

Hotez later this month will travel to Saudi Arabia, where he’ll meet with government and health officials and assess the country’s viability as a partner on the project. He spent a week in February on a similar fact-finding trip in Morocco and plans to go to Qatar last. The Qatar trip isn’t scheduled but likely will be in the summer, he said. Those are Hotez’s three candidate countries.

Hotez proposed the plan to the U.S. State Department when it appointed him science envoy, a post designed to promote the nation’s commitment to science and technology as “engines of diplomacy.”

The State Department is funding his trips through Hotez’s year-long term, but beyond that the project’s financial support is unclear. Hotez, however, said he’ll continue working on the project after his term ends.

The proactive strategy seems appropriate following the recent disclosure that the World Health Organization held off on declaring an Ebola emergency because the action could have angered the countries involved.

Documents obtained by The Associated Press in March showed that top officials at the United Nation’s health agency were informed how dire the situation was despite their public claims that they had little information.

Hotez’s plan targets “countries of strategic importance,” potential allies against ISIS and the spread of disease.

“One reason people admire America is the power of our research institutions,” said Hotez, dean of Baylor’s National School of Tropical Medicine and director of the Sabin Vaccine Institute and Texas Children’s Center for Vaccine Development. “People come from around the world to study at Harvard, Stanford, Baylor, but we haven’t exploited that advantage as much as we could. We need to put science diplomacy out there as part of U.S. foreign policy.”

Hotez thinks the ISIS-occupied territories are vulnerable to an infectious disease outbreak because they share the conditions that historically have preceded such events — poverty, conflict and human migration. Because of those post-war conditions in West Africa, he said, experts could have predicted last year’s Ebola outbreak.

They had two previous lessons from which to learn, said Hotez. In the 1970s, African sleeping sickness killed 500,000 people following war in Angola, South Sudan, the Central African Republic and the Democratic Republic of Congo. Then, in the ’80s and ’90s, a leukemia-like disease known as leishmaniasis killed 100,000 people following civil war in the Sudan. A breakdown in the health care infrastructure and people fleeing conflict preceded the outbreaks, both caused by parasites.

The task is complicated by the uncertainty of what disease threat might emerge in North Africa and the Middle East, necessitating the capacity to produce numerous vaccines. Hotez said he worries most about leishmaniasis, schistosomiasis, MERS, dengue fever and alkhurma hemorrhagic fever, diseases for which there are no licensed vaccines; and tuberculosis, for which the only vaccine, BCG, offers at best modest protection.

For other regional threats, polio, measles, rabies and hepatitis A and B, vaccines are available but underused. UNICEF is working to get them to refugees fleeing conflict.

The three candidate countries all meet Hotez’s fundamental criteria for project participation: political stability; acceptable science, biotechnology and pharmaceutical capabilities; the will to make the project happen; and regional as well as national interests. He said Morocco’s vulnerability to an outbreak — it is close to the three Ebola-infected countries and has daily flights to and from each — gives it particular motivation to partner in the project.

No country has emerged as a front-runner, said Hotez. He said institutions could be selected from any or more than one of the countries.

Under the program, scientists from selected institutions would spend time at the Sabin Institute, whose vaccines for hookworm and schistosomiasis are in early-stage human trials; its vaccines for Chagas, leishmaniasis and SARS are still in lab development and production.

A three-year program, similar to the one Hotez envisions for the Middle East and North Africa, already brings Malaysian scientists to Sabin for training.

“There’s a persistent pattern to these outbreaks in the developing world the past 40 years that we can’t keep ignoring,” said Hotez. “Ebola was just version 3.0. We need to be ready for version 4.0.”