How do we die? Death trends in the U.S. 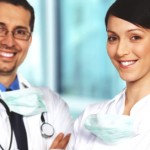 A 2012 article detailing how Americans have died over the years is gaining new attention after being reworked by a computer scientist. In the last 200 years, the biggest difference in how Americans die is the enormous decline of infectious diseases like pneumonia. Cancer, diabetes and heart disease have all now become major causes of death.

Americans aren’t dying the way they used to. The data come from an article published by the New England Journal of Medicine, which combed through 200 years worth of its back issues to look into how Americans die.

The article was originally published in 2012, but became a top post on Reddit this week after computer scientist Randy Olson posted a reworked version.

The most visually striking difference is the enormous decline of infectious diseases (pneumonia, influenza, tuberculosis, etc). Advances in medicine and society have largely eradicated many of these diseases that were an overwhelming cause of death in 1900.

Nephropathy (kidney disease) and cerebrovascular disease (stroke) have also seen sharp declines in the last century, while cancer, diabetes and heart disease have all now become major causes of death. Senility stopped being recorded as a cause of death in mid-1910. Alzheimer’s started being recorded in the late 1990s.

If you’re a silver-linings kind of person, the news is still generally on the upswing: people are dying from what were once the leading causes of death at half the rate as they were in 1900.

Actually, many things have changed in the course of a century that affect how we think about our health. Here are a few examples of the realities of old-school medicine:

Even the Journal of Medicine wasn’t immune to highly optimistic speculation; it published the following in a long-ago editorial:

“Perhaps in 1993, when all the preventable diseases have been eradicated, when the nature and cure of cancer have been discovered, and when eugenics has superseded evolution in the elimination of the unfit, our successors will look back at these pages with an even greater measure of superiority.”