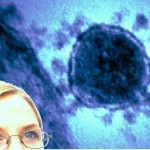 For many months in 2012 and 2013, Saudi Arabia reassured the world that it was paying close attention to the outbreak of a novel coronavirus in the kingdom, known as Middle East respiratory syndrome, or MERS. But events this year have begun to pull back the curtain on a disease outbreak that was — and remains — dangerous and not fully explained or explored. This is more than just an accident, and the Saudi authorities are finally waking up to the full extent of the lapses, just in time for the pilgrimages that are expected to bring millions to Mecca and Medina in the months ahead.

There is no known antiviral or vaccine for the MERS virus. So far it does not appear to transmit rapidly among humans in a way that could create a pandemic, although some transmission has occurred among those in close contact. It has infected 701 people and killed 287 in Saudi Arabia, with additional cases elsewhere. Public health experts have been puzzled and frustrated for most of the past two years about why so little information about the virus and the outbreak was coming out of Saudi Arabia, governed as a closed society by rulers who do not permit — and often punish — dissent.

Now the Ministry of Health has made a startling admission: The number of cases in Saudi Arabia was undercounted by 113, or about 20 percent , according to Reuters. The new cases were found in a review of records and included 92 deaths. The Center for Infectious Disease Research and Policy at the University of Minnesota quotes Tariq Madani, head of the scientific advisory board at the Saudi Ministry of Health, as saying that many of the cases were confirmed by government hospitals and labs that didn’t notify the ministry of the results.

This is an alarming systemic failure and speaks volumes about such a closed society: People and institutions react out of fear and keep painful information secret from each other. The consequences of coverup can be grave. Clearly there were many more people infected with MERS in Saudi Arabia’s health-care system last year than the world knew. Some labs and hospitals had the facts but kept quiet. Without a free and open media or other channels to reveal the truth, the secret lay undisclosed. Only when a major outbreak appeared this spring in a hospital in Jiddah did the government begin to react by firing the health minister and pledging more openness. Since then, more data have been forthcoming, but gaps remain. Much more needs to be learned about the origin and behavior of the virus, which appears to stem from camels.

There is a lesson for the whole world here: Secrecy greatly multiplied the danger of the disease. The first line of defense in the months ahead must be absolute transparency.