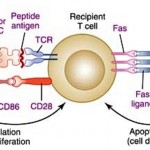 In a national first, researchers at the Royal Adelaide Hospital’s Centre for Cancer Biology intend to tweak the body’s own defensive cells to target cancer by genetically engineering them into search and destroy killers who hunt down tumour cells.

Using the body’s own immune system to stalk and kill individual cancer cells is part of a new generation of elegant treatment, contrasting with the ‘sledgehammer’ approach of chemotherapy and radiotherapy which kills healthy cells as well as malignant ones.

Senior oncologist Professor Michael Brown is leading the project to genetically engineer a person’s own cells to be cancer assassins, in collaboration with the Cell and Gene Therapy Center, Baylor College of Medicine in Houston in the United States.

It involves taking a person’s own T-cells – used in the normal immune defence system – and growing them in a laboratory dish.

The cells then are infected with virus modified to insert a genetic change in their DNA – in this case a disabled mouse leukaemia retrovirus modified with a specific genetic construction.

A retrovirus is a virus which replicates in a host cell.

This man-made protein on the surface of the modified T-cell attracts melanoma tumour cells, latches on to them in a fatal embrace and destroys them.

As they are already part of the body’s own defence system the T-cells cells keep replicating so are on standby as cancer-killing sentries in case any tumour cells evade the initial search and destroy mission.

The work needs to ensure the modified T-cells recognise and act on tumour cells they normally ignore, but also do not attack healthy cells.

Similar work being done in the United States uses a disabled HIV retrovirus as the vector to re-engineer T-cells.

Prof Brown stressed there are multiple stringent regulatory conditions to meet before human trials can commence but was optimistic the work would proceed as a new generation weapon against advanced melanoma.

“The T-cells are already in the body doing other jobs such as defending against infection,” he said.

“We take them out of the body and use the retrovirus to put in the reverse transcriptase which encodes the new molecule to kill the tumour cells.

“We’ve been through test tubes and are done with mice, and we hope to start human trials by the end of the year.”

The work is part of the wider work being done at the Centre for Cancer Biology whose co-director Professor Sharad Kumar recently had the dual honours of being elected to Fellowship of the Australian Academy of Science and winning the Federation of Asian and Oceanian Biochemists and Molecular Biologists Award for Research Excellence.

over many years which have contributed to the understanding of many human diseases.

At present Prof Kumar is investigating how the absence of a particular gene in some mice makes them more susceptible to tumours, with the aim of activating the gene to fight cancers.

An intriguing side effect of removing the gene from mice is the loss of it appears to make them age faster, opening up further possibilities for use of the gene.

“There are now a lot of drugs based on cell biology, thousands are in clinical trials,” Prof Kumar said.

“Between them and lifestyle changes I am optimistic by 2050 people will be living to 130 or so, to 150 eventually. We have seen great strides in life span in the past century with a lot of people now living to 100, and the work we are now doing at a cellular level opens up more possibilities.”