IBM is developing a ‘super molecule’ to destroy all viruses 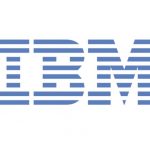 If you lined up everything alive on the planet today and counted them one-by-one, you’d find that viruses are the most common creatures by far. Pervasive, pathogenic varieties are notoriously hard to treat, as the recent Ebola outbreak and the Zika pandemic attest. Why is that? Well first off, they are incredibly small, a hundred times smaller than your average human cell. Though they cannot take the immune system head on, they can infiltrate your body, hijack cells and use them to replicate.

Once inside, a virus splices its own DNA into that of the host cell. It takes over and uses the cell’s own machinery to replicate itself. Those viruses move on to other hosts, and in this way a virus infects the body. Today, we have antiretroviral drug therapy (ART) such as is given to HIV patients, which inhibits viral replication. A person can live normally, without the virus taking over. But ART doesn’t clear it from the body. To do that, medications would have to target host cells while leaving healthy ones alone, a feat medical science has yet to accomplish.

Another issue is that viruses mutate, meaning what may work with one variety may not with another. To understand viruses better, researchers at IBM’s Institute of Bioengineering and Nanotechnology (IBN) in Singapore, sought to find what all viruses have in common. Now, they believe they’ve fashioned a molecule that could not only treat any virus successfully, but also create a viable vaccine.

Instead of targeting them on the genetic level, which differs from one strain to the next, investigators looked at certain proteins common to any virus, known as glycoproteins. These are located on the outside of the body and allow a virus access into cells in order to hijack them. Understanding this, researchers moved to formulate a macromolecule, which is basically a large molecule made up of many smaller ones.

Using an electrostatic charge, the macromolecule is able to draw a virus in and bond to it, making it unable to enter a host cell. After that, it alters the pathogen’s pH level, turning it acidic, and so far less likely to replicate. What’s more, the macromolecule also has a way of protecting the immune system. It disperses a sugar called mannose which bonds to immune cells, inhibiting the virus’s ability to enter them.

So far Ebola and dengue have been tested, and the results, published in the journal Macromolecules, are encouraging. What’s more, a computer model finds the technique effective against Ebola, the flu, chikungunya, dengue fever, and herpes simplex 1, among other viruses.

This research has reached a mere proof-of-concept level. Far more studies will be required to confirm its efficacy and safety in humans. If successful, it might become a medication, a disinfectant wipe, or spray cleaner, even a hand sanitizer that can ward off viral infection. Adding it to a room containing Ebola could quickly clear it of the deadly virus. Even though there is a long road ahead, scientists are encouraged by these findings. So much so that the Watson supercomputer will be employed to help develop this exciting breakthrough.