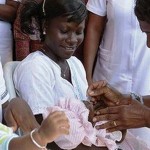 Communicable diseases account for 63 percent of deaths in the African region, with emphasis on HIV/AIDS and tuberculosis, according to the regional director of the World Health Organization for Africa, Luis Gomes Sambo.

Luis Sambo who was speaking at the opening session of the first meeting on Medical Education, sponsored by the Faculty of Medicine of Agostinho Neto University, mentioned the HIV / AIDS as the responsible for 38.5 percent of deaths from communicable diseases and for 15.6 percent of all deaths in the region. Despite these facts, the African region has made progress toward fighting against HIV / AIDS, with the addition of coverage of interventions with antiretroviral to reduce the mother-to child transmission. He also spoke of the increase in coverage of antiretroviral treatment from 100,000 people in 2003 to 6.2 million in 2011, but the annual incidence of infection by the disease is still very high with 1.7 million new cases in 2011.

With regard to malaria, 12 countries in the African region have experienced a reduction in morbidity and mortality by 50 percent, stressing that the fight against this epidemic in Africa has good opportunities and prospects in the coming years, Luis Sambo said.

The official recalled that the reduction of the mortality among the children aged under five years and improving maternal health are among the millennium goal.

He added that the mortality rate of children aged less than 5 years continues to decline in the African region, from 159 per 1000 live births in 2000 to 109/100 in 2010. Despite this fact, current statistics show that about 40 percent of deaths in children occurred in the first month of life, reflecting a poor attention to neonatal care.

According to WHO statistics on the global burden of disease, about 59 million people died in 2008 and almost 18 percent of these occurred in the African region, the home to about 12 percent of the world population.