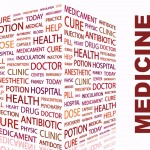 Bill Gates has launched an award to celebrate innovation in the field of vaccination health care in the developing world.

The award scheme hopes to build on the outstanding progress of NGOs and the health industry, working in partnership in recent years.

The Gates Vaccine Innovation Award is open to individuals from any discipline from non-profit organisations as well as academic institutions, governments, and the health industry.

Bill Gates, the Microsoft billionaire, confirmed last year he was taking on a full-time charity role on behalf of the Bill and Melinda Gates Foundation. The entrepreneur and philanthropist has been at the spearhead of conjoining international cooperation and creating innovative partnership solutions to world poverty, including in the field of funding and the enabling of large-scale vaccination programmes in developing counties.

Nominations for the Gates Vaccine Innovation Award will be accepted until August 31, 2012.

Speaking at the World Health Assembly last year Gates put it like this: “As a global health community…we need to know who the innovators are so that the most powerful ideas spread far and wide. Starting in 2012, the Gates Foundation will bestow an award on an individual or team that has made the most uniquely innovative contribution to the decade of vaccines…”

The philanthropist also promised he would celebrate that winner to ensure pioneering global health professionals get the credit they deserve.

Vaccinations are one of the more successful and cost-effective health interventions and are being stepped up in the developing world to dramatically alleviate suffering.

India recorded a full year without a single polio case earlier this year according to the World Health Organisation.

It’s a major piece of evidence, that interventions from a range of charities and international agencies are making remarkable progress in the battle against polio.

Polio and other devastating diseases can be prevented via often cheap to produce vaccines that can have a tremendous effect on public health in developing countries if rolled out across a large scale.

However, more innovation into scientific research and implementation is necessary as an ongoing platform to transform the world’s poorest communities.

Almost two million children each year in Africa die from diseases that can be prevented by simple vaccines, and so donations can literally save lives by immunising children against diseases including diphtheria, tetanus, whooping cough and polio…

The Gates award is focused on celebrating projects that have achieved identifiable impact, leading to better immunisation records.

The winner of the first Gates Vaccine Innovation Award was announced in Bill Gates’ 2012 annual letter.

The award recognised the work of Dr Asm Amjad Hossain, a former district immunisation medical officer in Bangladesh. Bill Gates described Dr Hossain as a hero in the battle against polio, in his work improving child health vaccinations. In Bangladesh childhood deaths have been reduced by 65 per cent since 1990, an incredible achievement made possible by scientists, health and development workers working together. Dr Hossain’s award was for recognition for his success in increasing immunisation rates in two Bangladesh districts via the registration of pregnant women.