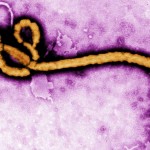 A recent study of the world’s biggest Ebola outbreak shows the majority of the 82 survivors have experienced brain symptoms over six months after they contracted their Ebola infections.

Under the umbrella of the larger PREVAIL III study, the study shows patients before and after their Ebola virus infections. These survivors and their closest contacts are the study controls for the trial.

The average age of the 82 participants is 35 years old. The neurologists evaluated the survivors a minimum of six months after their infection first began. Most of the participants showed neurological abnormality, such as headache, weakness, depressed mood, memory loss and muscle pain. One patient had hallucinations, and two others were suicidal. The most typical neurological abnormalities were tremors, abnormal eye movements, and abnormal reflexes.

“While an end to the outbreak has been declared, these survivors are still struggling with long-term problems,” Dr. Lauren Bowen, a study author from the (NIH) National Institute of Neurological Disorders and Stroke (NINDS), said. “More than 28,600 people were infected with Ebola in West Africa during the outbreak. Of that number, 11,300 died. In collaboration with the ongoing PREVAIL III natural history study of Ebola survivors, we wanted to find out more about possible continued long-term brain health problems for the more than 17,000 survivors of the infection.”