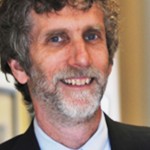 Vaccines are one of the great success stories in the history of individual and public health. They have helped rid the planet of the scourge of smallpox, are poised to eliminate polio, and each year prevent millions of deaths, reducing the suffering and costs caused by infectious diseases.

But there are still many diseases for which vaccines do not yet exist. Moreover, strategies that have previously led to the successful development of vaccines are unlikely to work against more complex bacteria or viruses, such as HIV, which have evolved multiple mechanisms to evade the immune system.

The history of vaccinology is one in which biomedical and technological advances usher in the “next generation” of vaccines. In the 1950’s, a breakthrough that enabled viruses to grow in tissue cultures led to the development of both live attenuated vaccines and inactivated vaccines for measles, polio, and other diseases. In the 1980’s, recombinant DNA technology led to the development of vaccines against hepatitis B and human papillomavirus.

Around the turn of the century, the first sequencing of the human genome led to “reverse vaccinology.” This approach, whereby computational analysis of a pathogen’s genome enables identification and screening of a great many more potential vaccine targets than was previously possible, was used in the successful development of a vaccine against meningitis B.

The past decade has already yielded major advances in structure-assisted vaccine discovery, synthetic biology, systems biology, and immune monitoring. However, successfully translating these advances into the development of next-generation vaccines continues to be impeded by gaps in our understanding of the human immune response that protects against specific bacteria, viruses, or parasites.

That is why I, along with eight fellow scientists, have proposed the establishment of a new human-immunology-based clinical-research initiative, the Human Vaccines Project. In February 2014, leading scientists and public-health specialists will gather in La Jolla, California, to craft a scientific plan to identify, prioritize, and, most important, solve the major problems currently hindering development of vaccines.

Such a project would represent a paradigm shift in vaccine development. The current process is long (often spanning decades from concept to licensure), has a low probability of success (because of the limitations of animal models in predicting immune response and efficacy in humans), and is costly (often requiring hundreds of millions of dollars to develop a single vaccine).

Consider this: In just the past few years, many candidate vaccines against HIV, dengue, herpes, tuberculosis, and staphylococcus aureus have failed, at a cost of more than $1 billion. Investing that amount over the next decade in a coordinated effort to address the major questions facing vaccine development would rapidly accelerate our search for effective solutions, implying a transformative impact on individual and public health.

HIV presents perhaps the greatest challenge, because the virus leverages its extensive genetic variability to hide from the immune system. Using recent advances, however, scientists have now identified highly conserved regions of this variable virus, determined their molecular structure, and begun designing next-generation vaccine candidates to elicit antibodies that target these regions to prevent HIV infection. But HIV vaccine development, like that for several other diseases, is still impeded by the limitations of what animal models can tell us about how to elicit the necessary immune responses in humans.

Two recent advances could accelerate vaccine development and reduce its costs dramatically. In synthetic biology, the rapid engineering of nucleic acid-based vaccines means more candidates move more quickly from concept to trial. In systems biology, high-throughput technologies have increased the number of genetic and immunologic parameters assessed in trials. This approach has helped predict the efficacy of potential new-generation vaccines against yellow fever and influenza within days of immunization, compared with the usual timeframe of months or years.

Vaccines already prevent the deaths of 2-3 million people every year, preempt human suffering, lighten the burden placed on health-care systems, and enable more rapid economic and social development. As the Nobel Peace Prize laureate Desmond Tutu, one of the world’s great campaigners against HIV/AIDS, wrote recently: “We must make the most of scientific advances over the last half-century, which have made vaccines for other preventable diseases the most powerful and cost-effective health-care investment that currently exists.”

That is the idea behind the Human Vaccines Project. Today, technological advances in vaccine discovery and immune monitoring allow us realistically to explore this potentially game-changing approach to disease prevention. February’s gathering in California may take us a giant step closer to a world without deadly and debilitating infectious diseases.