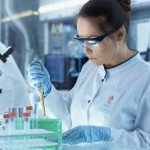 Researchers from The Australian National University (ANU) have discovered a vital clue as to why malaria vaccines keep failing, which could potentially change how vaccines for the deadly disease and others are made.

Malaria is a major global killer. But the parasitic disease which is spread to people by mosquitos does not currently have an effective vaccine.

The ANU experts from the John Curtin School of Medical Research have now found a way for a vaccine to better target the disease. Their finding, published in Cell Host & Microbe, shows where malaria vaccines are going wrong.

“We have found that antibody based protection against malaria is difficult to achieve as the body cannot generate enough protective antibodies through the vaccine,” lead author and PhD scholar Hayley McNamara said.”

“The protective level needed to combat malaria is unsustainable using current vaccine strategies and stays only a few weeks after the first vaccination.”

The research shows the negative feedback system may be overcome by strategically tailoring vaccines to target a diversity of the parasite’s surface proteins.

“Using a novel model, we found that the negative feedback-mechanism may be overcome by strategically designing vaccines to direct antibody responses against different targets on the malaria parasite,” Ms McNamara said.

“Malaria vaccines are failing because they only provide immunity against one surface protein of the parasite,” Ms McNamara said.

“Our research shows that vaccines should instead target an array of the parasite’s surface proteins in order to provide protection from malaria. Long lasting immunity against malaria is not achieved with current vaccination strategies.”

The researchers say the finding could help vaccine design for other diseases like HIV – a complex virus which also requires high levels of antibodies for protection.

“The discovery could be “critical for a host of other diseases without effective vaccines,” study lead Associate Professor Ian Cockburn said.

“This discovery could apply to all manner of diseases and particularly for the ones that don’t have effective vaccines. We have highlighted an important mechanism that future vaccine design should take into consideration.”