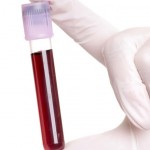 Researchers have developed a vaccine using blood-stage malaria parasites, which were attenuated with a chemical agent that keeps the parasite from multiplying.

Research has focused on the development of a vaccine to prevent the disease. However, many malaria vaccines targeting parasite antigens have failed because the antigen targets are highly variable.

Based on the observation that low-density infections can induce antibody-independent immunity to different malaria strains, Michael Good and colleagues at Griffith University in Australia created the vaccine.

In their report, they wrote that mice inoculated with a single species of attenuated parasite displayed immunity to multiple malaria species for over 100 days.

These data indicate that vaccination with chemically attenuated parasites provides protective immunity and suggest that such vaccines could be used to target human malaria species.

The study has been published in Journal of Clinical Investigation.

Source: The Times of India