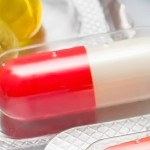 The World Health Organisation or WHO recommended patients with HIV to start treatment at early stage of the disease and encouraged to take safer and simpler medicines as the vaccine for the virus gains steady progress in research and development.

WHO recommended a new HIV treatment guidelines offering antiretroviral therapy or ART to HIV patients on early stages. Recent evidence proved that patients taking ART earlier will live longer, lives healthier and substantially reduce the risk of transmitting the virus to others. This move could avert an additional 3 million deaths and prevents 3.5 million more to new HIV infections between 2013 and 2025.

WHO’s new recommendations are presented in “Consolidated guidelines on the use of antiretroviral drug for treating and preventing HIV infection” and the new data revealed a total of 9.7 million people were taking these lifesaving drugs at the end of 2012.

“These guidelines represent another leap ahead in a trend of ever-higher goals and ever-greater achievements. With nearly 10 million people now on antiretroviral therapy, we see that such prospects – unthinkable just a few years ago – can now fuel the momentum needed to push the HIV epidemic into irreversible decline,” Dr. Margaret Chan, WHO Director-General posted on the WHO.int Web site.

Recent breakthroughs in HIV prevention research confirmed the promise of new options to help end the AIDS epidemic and highlight the urgent need for ongoing research to develop additional prevention options and support rapid rollout of proven ones.

“Science has a critical role to play in ending the AIDS epidemic. The potential returns on investments are hugely important and I strongly urge donors to make funding for research and development a top priority,” said by Luiz Loures, Deputy Executive Director at Programme UNAIDS quoted by News-Medical.net.

The recent advances in the HIV vaccine R&D came as new guidelines being released by WHO on when to start taking ART for HIV. It will help countries to maximise impact of ART on keeping people alive and help prevent new infections.

In October 2003, the RV 144 or Thai trial combines two vaccines which failed on their own, vaccinated patients for a course of 24 weeks then underwent testing for HIV until July 2006. Initial report showed that the rate of HIV infection among volunteers who received the clinical trial was 31 per cent lower than the rate of HIV infection volunteers who received the placebo.

During the study, 125 out of 16,402 participants contracted HIV joined the Thai trial and 74 infected patients out of 125 participants received placebo while the remaining 51 patients received the vaccine. In May 2011, a new analysis initiated at Duke University showed that there is a 29 per cent chance that the vaccine is not effective compared to presumed 4 per cent before.

With the 2011 results combined from several studies, preventive HIV vaccines and prevention schemes, the research and development on HIV cure brought out new modalities for new prevention techniques. Researchers are led to steady progress and resilience against the quest for the HIV vaccine.