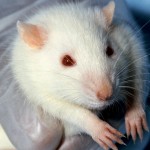 Today, there is no real treatment or vaccine that can tackle Middle East Respiratory Syndrome (Mers), a virus that was first detected in 2012 and has already affected 339 people in Saudi Arabia, killing 102. It’s not known how it is transmitted in people, and there is only some evidence to suggest camels might be the most likely animal reservoir responsible for the strain.

Now, a team from the University of Maryland and biopharmaceutical company Novavax says its vaccine candidate has successfully induced neutralising antibodies that effectively block the virus from infecting cells in mice.

Vaccine development is typically very slow, and two papers were only just published identifying a few natural human antibodies that could serve as a basis for new vaccine models targeting Mers. However, Novavax has developed a technique it believes has the potential to be the undoing — if pursued — of coronaviruses likes Mers and Sars. They achieve this by building a vaccine containing nanoparticles that mimic the virus structure.

“Both Sars-Cov and Mers-Cov contain a major surface spike protein,” Gale Smith, vice president of vaccine development, told Wired.co.uk. In a coronavirus, these S proteins spark the production of neutralising antibodies in the body and also help the virus bind to target cells. If we could induce those antibodies prior to infection, we could theoretically create protection from the coronavirus.

Novovax discovered not only how to replicate the coronavirus structure using nanoparticles (with a larger head and long stem) but the spike protei itself. “We could produce this in their native structure — we can do that,” said Smith. “Viruses are nanoparticles, and with out recombinant nanoparticles we can mimic the virus.” Recombination refers to the molecular cloning done in the lab to create genetic sequences. Novavax had already trialled the same method with Sars — experiments that have been backed up with more than $1m in funding from the US National Institutes of Health — creating a vaccine based on the specific native spike protein.

The company used the same approach this time around, a process of creating virus-like particles based on a cell line culture originally derived from a type of butterfly calledlepidopteran. This process is based on baculovirus expression technology, whereby a nonessential gene is replaced with a foreign gene encoded with certain proteins. For Mers, the spike protein in question should in theory have the epitopes (the protein markers that induce immune system responses) necessary to block the interaction between the Mers virus and human cells, says Smith.

“We use them in a bioreactor to produce proteins like those in Sars or influenza,” says Smith, “these are all full length and form these nanostructures that are proven to be highly immunogenic. This tech was demoed last March with influenza, and by June we tested the resulting vaccine in humans. It’s a very rapid response for emerging diseases, and now that same technology is becoming proven for Mers, another emerging pathogen that threatens potentially all of us.”

The next step would be to see if animal models — possibly camels in the case of Mers — can be effectively immunised, with the vaccine candidate producing the right neutralising antibodies to block the virus persistently over time in a sustained way. But Smith explains the group is unlikely to take the research forward unless cases of sustained human to human transference begin.
“For us to proceed further would depend on the perceived need — there’s clearly a need for animal vaccines though. It’s a powerful demonstration though, that this is the first practical approach for a vaccine that could be produced commercially using a proven technology for this disease. The strength of what we have is a rapid response for emerging pathogens.”

Saudi Arabia is, however, known to be speaking with industry players about the potential development of a vaccine.