MERS vaccine to be available in six months, says virologist 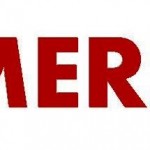 A Saudi virologist said the development of a vaccine within the next six months will help ease incidence of MERS infections, China’s Xinhua news agency reported quoting local media.

Aymen Johrji, dean of the College of Nursing at Umm Al-Qura University who specialises in virology, told the Okaz newspaper on Thursday that researchers were working to develop a vaccine to prevent the spread of the virus.

Johrji also predicted the number of MERS cases will fall with the rise of temperature in summer.

The Saudi Health Ministry said earlier that it was working with five international pharmaceutical companies to develop a vaccine, but did not say when it will become available.

Another eleven cases of MERS were reported in the kingdom on Wednesday, bringing total number of cases to 272 including 81 deaths since the first case was diagnosed in 2012.