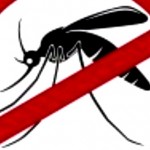 Seven deaths have been associated with the virus, but those people likely suffered from other health problems.

A painful mosquito-borne virus spreading quickly through the Caribbean is causing alarm in Haiti and neighboring Dominican Republic, where health officials are scrambling to respond to a surge of new patients.

Chikungunya, a virus more commonly found in Africa and Asia and transmitted by the same daytime-biting aedes aegypti mosquito that causes the more deadly dengue fever, was first detected in the eastern Caribbean five months ago.

Since then, it has jumped from island to island, sending thousands of patients to the hospital with painful joints, pounding headaches and spiking fevers.

“These mosquitoes know no borders,” said Phyllis Kozarsky, a physician with the U.S. Centers for Disease Control and Prevention in Atlanta.

Seven deaths have been associated with the virus, but those people likely suffered from other health problems, health officials say. Chikungunya is normally not deadly and symptoms begin to dissipate within a week.

The Pan-American Health Organization reports more than 55,000 suspected and confirmed cases in the Caribbean. Officials say the number is likely much higher due to unreported cases.

Florida health officials confirmed at least three cases, though Reuters is aware of at least two other unreported cases.
In Haiti, where the virus was first detected early this month, the Health Ministry estimates 5,500 people have been sickened.

“My 22-year-old son is brave, but now he’s crying like a kid. His arms, his neck, his back, every part of his body is in pain,” said Marco Dorival in Port-au-Prince.

There is no vaccine or treatment that can cure the virus. Paracetamol, an over-the-counter painkiller, is used to treat high fevers.

The price of the medication has doubled in Haiti, leading the Ministry of Health to order 400,000 doses of acetaminophen, the ingredient in many non-prescription painkillers, be distributed around the country.

World Health Organization representatives in Haiti said chikungunya will continue to spread as the mosquitoes breed in standing water and open water containers used in many Haitian homes that lack running water.

“Thirty to 35 percent of the population will get sick,” WHO representative Dr. Jean-Luc Poncelet said.

“There was a period of time that I couldn’t walk, and when I could walk again I was bent over,” said Richard Barbour, a pastor at Advent Lutheran church in Boca Raton, Florida, who believes he and another church volunteer contracted the virus, after a trip to Haiti last week.