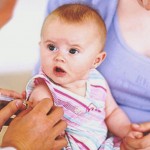 A seroprotective response to a challenge dose of hepatitis B vaccine was seen in more than 90% of study participants who received the vaccine an infant, according to recent study findings published in Pediatrics.

Amy B. Middleman, MD, MSEd, MPH, an Infectious Diseases in Children Editorial Board member, and colleagues evaluated 420 adolescents aged 16 to 19 years who received a recombinant hepatitis B virus (HBV) vaccine three-dose series to determine protective titers of antibody to hepatitis B surface antigen (HBsAg) before and after a challenge dose of the vaccine. Participants were divided in to two groups, those who had the series initiation within 7 days of birth (group 1) or at 4 weeks or more following birth (group 2).

Participants in group 1 were younger, less likely to be white and less likely to have private insurance compared with group 2. Participants in group 2 were more likely to report cigarette use within the past 30 days (13%) compared with group 2 (7%; P=.019). The same was true for alcohol use (31% group 2 vs. 19% group 1; P=.0069). When examining for differences between participants who received either the 10 mcg or 20 mcg challenge dose of vaccine, none were found in demographic characteristics.

Group 2 had significantly higher geometric mean titers (GMTs) in response to the challenge dose compared with group 1. Participants who received the 20 mcg dose also had higher GMTs compared with the 10 mcg dose.

Higher baseline antibody to hepatitis B titer, older age at first dose of the primary series, higher test dosage, nonwhite rate, interactions of test dosage and marijuana use were independently associated with a higher GMT response to a challenge dose of vaccine.

“Given these data, together with the currently low prevalence of acute hepatitis B in the United States, the addition of a booster dose of hepatitis B vaccine to the routine immunization schedule for adolescents appears unnecessary,” The researchers wrote. “These data likely apply broadly to the continental US population at large. It will be important to follow up with a similar population 20 to 25 years after hepatitis B vaccine administration during infancy to determine duration of protection into the third decade of life.”