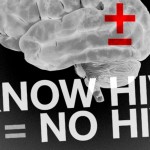 Preliminary research suggests that an AIDS vaccine in development can ramp up the body’s immune system, boosting the response to medications HIV-positive patients take.

Years of research will be required to confirm that the vaccine works, and researchers don’t yet have the major funding needed to continue and push the experimental vaccine toward the market.

A vaccine has long been the holy grail of research into AIDS and HIV, the virus that causes the disease. While vaccines usually are designed to prevent infection, this one is being tried on patients who are already HIV-positive.

The goal is to use the vaccine to kill more lingering HIV in the body than is possible with current antiviral treatments.

Antiviral drugs “stop ongoing viral replication and block new infections but don’t eradicate HIV from the infected individual,” explained Ivan D’Orso, an assistant professor of microbiology at the University of Texas Southwestern Medical Center in Dallas. Instead of vanishing, the virus hides in “reservoirs” within the body, such as bone marrow or the brain.

Enter the experimental vaccine, which targets a protein called Tat that is produced by the AIDS virus. “Without Tat the virus does not efficiently replicate,” D’Orso said.

In the new study, researchers gave the vaccine to 168 HIV-positive patients three to five times monthly for 48 weeks. The researchers tracked the patients for up to 144 weeks, or nearly three years.

The Italian team found signs that the vaccine blocked replenishment of the virus lurking in the body, Ensoli said.

“This should translate to a reduced risk or severity of residual disease,” she added. “However, those vaccinated will have to be followed for many years to confirm that this is the case and to evaluate if and when a vaccine boost is required.”

D’Orso said the study appears to be valid, but he cautioned that it’s too early to know whether it will be useful.

The study marks the second phase of three phases of research required before medication is approved for the U.S. market. The vaccine cannot currently be prescribed.

As for cost, Ensoli said it should be on the lower side since “manufacturing and formulation are relatively inexpensive.”

The study findings are published April 28 in the journal Retrovirology.