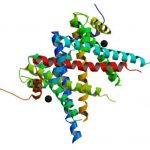 A team of researchers from the University of California San Diego has made a discovery that could lead to a vaccine for group A Streptococcus. The team found a protein, C4BP, which interacts with most strains of the bacteria. This may allow scientists to develop a vaccine that will work against 90% of group A Streptococcus strains. The details are in a paper that was just published in the journal Nature Microbiology.

Group A Streptococcus bacteria are highly pathogenic and infections are responsible for over 500,000 deaths a year. The bacteria can lead to complications including toxic shock syndrome, scarlet fever, and necrotizing fasciitis (“flesh-eating disease”). There are hundreds of bacterial strains, each with a different type of antigen. The antigens of group A Strep, M proteins, are found on the surface of the bacteria and prompt an immune system response. The problem is that the M proteins show so much variance that the immune system has trouble recognizing new strains of group A Strep. This also makes it difficult to develop vaccines since the antibodies will only recognize a specific strain of the bacteria.

The research team discovered a protein called human C4b-binding protein (C4BP). C4BP is brought to the surface of group A Strep to help the bacteria block certain types of immune responses. The team was originally working on potential infection treatments by blocking these interactions. The researchers noticed something interesting, however—C4BP was capable of binding to most M protein varieties. They found that C4BP could interact with about 90% of group A Strep strains. By analyzing crystal structures, the team was able to determine hidden patterns found on most M proteins. These previously unknown sequences allow C4BP to bind to most varieties of group A Strep.

The researchers are now working on a vaccine that takes advantage of the interactions between M proteins and C4BP. Now that scientists have found a sequence common to most M proteins, it should be easier to develop treatments and vaccines.