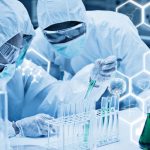 Across the world, there are multiple variants of severe acute respiratory syndrome coronavirus 2 (SARS-CoV-2), the virus that causes coronavirus disease 2019 (Covid-19). SARS-CoV-2 variants have been classified by the Centers for Disease Control and Prevention (CDC) as variants of interest, variants of concern, and variants of high consequence. Three new variants that have rapidly become dominant within their countries have aroused concerns: B.1.1.7 (also known as VOC-202012/01), 501Y.V2 (B.1.351), and P.1 (B.1.1.28.1).

The B.1.1.7 variant (23 mutations with 17 amino acid changes) was first described in the United Kingdom on December 14, 2020; the 501Y.V2 variant (23 mutations with 17 amino acid changes) was initially reported in South Africa on December 18, 2020; and the P.1 variant (approximately 35 mutations with 17 amino acid changes) was reported in Brazil on January 12, 2021. By February 22, 2021, the B.1.1.7 variant had been reported in 93 countries, the 501Y.V2 variant in 45, and the P.1 variant in 21.1 All three variants have the N501Y mutation, which changes the amino acid asparagine (N) to tyrosine (Y) at position 501 in the receptor-binding domain of the spike protein. The 501Y.V2 and P.1 variants both have two additional receptor-binding–domain mutations, K417N/T and E484K. These mutations increase the binding affinity of the receptor-binding domain to the angiotensin-converting enzyme 2 (ACE2) receptor. Four key concerns stemming from the emergence of the new variants are their effects on viral transmissibility, disease severity, reinfection rates (i.e., escape from natural immunity), and vaccine effectiveness (i.e., escape from vaccine-induced immunity).

Hospital admission rates of diagnosed cases and the clinical profile of admitted patients were similar in the first and second waves in Western Cape. However, a preliminary analysis by the National Institute of Communicable Diseases showed that the 501Y.V2 variant was associated with in-hospital mortality that was 20% higher in the second wave in South Africa than in the first wave. This finding was due mainly to the greater transmissibility of this variant, which rapidly overburdened health services and thus compromised timely access to hospital care and the quality of that care. Evidence from the United Kingdom indicates that the B.1.1.7 variant may be associated with a higher risk of death than preexisting variants in the United Kingdom. Although there is no evidence that antiviral agents and anti-inflammatory treatments are any less effective with the emerging variants than with the preexisting variants, treatment with convalescent serum and monoclonal antibodies may not be as effective.

With regard to escape from natural immunity, the B.1.1.7 variant showed a modest decrease in neutralization activity, by a factor of 1.5, whereas the 501Y.V2 variant showed complete escape from neutralizing antibodies in 48% of convalescent serum samples (21 of 44) obtained from patients who had previously had Covid-19.  A serendipitous finding from a vaccine trial in South Africa, in which 31% of the enrolled participants had previously been infected with SARS-CoV-2, was that the incidence of Covid-19, as confirmed on polymerase chain reaction, was 7.9% among seronegative enrollees and 4.4% among seropositive enrollees in the placebo group. This finding indicates that previous infection with preexisting variants may provide only partial protection from reinfection with the 501Y.V2 variant.

The emergence of these three new variants of concern highlight the importance of vigilance with genomic surveillance for the early identification of future variants. Recently, two more SARS-CoV-2 variants, B.1.427 and B.1.429, which were first detected in California, have been shown to be approximately 20% more transmissible than preexisting variants and have been classified by the CDC as variants of concern. The potential of variants to escape naturally induced and vaccine-induced immunity makes the development of next-generation vaccines that elicit broadly neutralizing activity against current and potential future variants a priority. The suppression of viral replication with both public health measures and the equitable distribution of vaccines is critical in reducing the risk of generation of new variants.