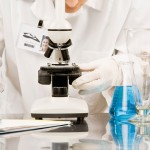 A team of researchers led by a Japanese professor has developed a vaccine that cuts the risk of malaria in humans by some 70 percent, according to a recent article published in the U.S. journal PLOS One.

If the vaccine is put to practical use, the number of deaths caused by the mosquito-borne disease is expected to decrease markedly. At present, no antimalarial vaccine is commercially available.

According to World Health Organization data, some 660,000 people, mainly infants, die of the disease worldwide every year.

There are medicines to prevent the disease and treat patients, but parasite resistance to antimalarial drugs is increasingly becoming a problem.

The vaccine developed by the team, led by Toshihiro Horii, professor at Osaka University’s Research Institute for Microbial Diseases, is called BK-SE36. The dry powder vaccine is injected after being dissolved in water.

In Japan, its safety was confirmed in a clinical trial in 2005. A trial carried out in Uganda between 2010 and 2011 found no abnormalities, such as unusual immune reactions, in subjects.

In a follow-up survey of 132 subjects in Uganda, aged between 6 and 20, the team compared subjects who did not receive any BK-SE36 injections with those vaccinated twice.

Twenty-one of those not vaccinated were infected with malaria within one year, compared to only seven in the vaccinated group. Taking some other factors into consideration, the vaccine lowered malaria risk by 72 percent, the team said.

The vaccine far outperformed the 31 percent risk decline achieved by a different new vaccine developed by a British company and is now going through a clinical trial.

“We want to put (our vaccine) to practical use in five years after conducting a clinical trial on infants between zero and 5, who account for the bulk of malaria deaths,” Horii said.