AIDS epidemic: Is an end possible? 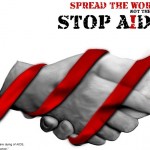 More than 30 years after the discovery of the AIDS virus, experts are optimistic that a cure for the disease will be found, and that an end to the AIDS epidemic is possible.

But they caution there is still a lot of work to be done.

Three methods that are being explored to end the AIDS epidemic are drugs, vaccines and gene therapy.

There are already drugs that can prevent AIDS, which is caused by the human immunodeficiency virus (HIV). Recent research has shown that taking antiretroviral drugs not only reduces the amount of HIV in the body, it can also stop transmission of the virus. People at high risk for contracting HIV can now take a daily pill to prevent infection, Dr. Robert Grant, an HIV researcher at the Gladstone Institute of Virology and Immunology, said at a panel at the World Science Festival.

But others say these drugs will not be enough to stop AIDS spread.

“We’ve got to find a way to immunize people, so that they don’t have to take an action to protect themselves,” said David Baltimore, a noble prize winner and professor of biology at the California Institute of Technology, who also spoke on the panel. “That’s how public health works.” [Watch the World Science Festival Live]

In 1984, Margaret Heckler, the Secretary of Health and Human Services at the time, said that a vaccine against HIV was expected within two years. But today, no vaccine exists, and most trials testing HIV vaccines have failed to show any benefit.

The reason making an HIV vaccine is so difficult is because the virus has already found a way around the body’s defense — it is able to invade immune cells, the very cells that are supposed to attack it.

One method uses stem cells that are engineered to develop into immune cells that lack the port of entry for the HIV virus. Without this port, or receptor, HIV can’t get inside to thwart the immune system’s attack.

Another approach is to use gene therapy to get the body to make special immune cells, called broadly neutralizing antibodies, which are capable of preventing HIV infection. Most people don’t make these antibodies in response to HIV. But the gene therapy gives cells the genetic material they need to make the antibodies.

Experts point out that even when a trial fails, researchers can still learn something. “It’s only through failure that you get to success,” Grant said.

Peter Staley, an AIDS activist, said he expects a cure within his lifetime, perhaps within the next 15 years. “Everybody thinks it can be done, it’s just a matter of time and effort,” Staley said.