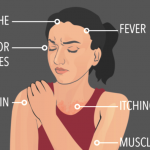 The early-stage study will evaluate the experimental vaccine’s safety and ability to generate an immune system response in participants. At least 80 healthy volunteers ages 18-35 years at three study sites in the United States, including the NIH Clinical Center in Bethesda, Maryland, are expected to participate in the trial.

The study is part of the U.S. government response to the ongoing outbreak of Zika virus in the Americas. According to the Centers for Disease Control and Prevention, more than 50 countries and territories have active Zika virus transmission. In the United States and its territories, more than 6,400 Zika cases have been reported. Although Zika infections are usually asymptomatic, some people experience mild illness lasting about a week. However, Zika virus infection during pregnancy can cause a serious birth defect called microcephaly, as well as other severe fetal defects of the brain and other organs. There are no vaccines or specific therapeutics to prevent or treat Zika virus disease.

“A safe and effective vaccine to prevent Zika virus infection and the devastating birth defects it causes is a public health imperative,” said NIAID Director Anthony S. Fauci, M.D. “NIAID worked expeditiously to ready a vaccine candidate, and results in animal testing have been very encouraging. We are pleased that we are now able to proceed with this initial study in people. Although it will take some time before a vaccine against Zika is commercially available, the launch of this study is an important step forward.”

The NIAID Zika virus investigational DNA vaccine approach is similar to that used for another investigational vaccine developed by NIAID for West Nile virus. That vaccine candidate was found to be safe and induced an immune response when tested in a Phase 1 clinical trial.

The investigational Zika vaccine includes a small, circular piece of DNA — called a plasmid — that scientists engineered to contain genes that code for proteins of the Zika virus. When the vaccine is injected into the arm muscle, cells read the genes and make Zika virus proteins, which self-assemble into virus-like particles. The body mounts an immune response to these particles, including neutralizing antibodies and T cells. DNA vaccines do not contain infectious material — so they cannot cause a vaccinated individual to become infected with Zika — and have been shown to be safe in previous clinical trials for other diseases.

“A team of scientists at NIAID worked tirelessly to rapidly develop this vaccine for clinical testing,” said John Mascola, M.D., director of NIAID’s VRC. “DNA or gene-based vaccines induce antibodies, but they also can activate the cell-mediated immune response, which ultimately could yield strong and durable protection against disease.”

All participants will return for follow-up visits within a 44-week time period after the first vaccination so investigators can monitor their health to determine if the vaccine is safe. The study team will review patient data daily and weekly to monitor safety. A Protocol Safety Review Team will also conduct formal interim safety reviews.

At follow-up visits, investigators will also take blood samples for laboratory testing to measure the immune response to the vaccine. Participants will be asked to return for two follow-up visits at 18 months and two years following the initial vaccination so investigators can obtain additional blood samples to assess the durability of the immune response.

Other study sites include the Center for Vaccine Development at the University of Maryland School of Medicine’s Institute for Global Health in Baltimore, and Emory University in Atlanta. Initial safety and immunogenicity data from the Phase 1 trial are expected by January 2017. If results show a favorable safety profile and immune response, NIAID plans to initiate a Phase 2 trial in Zika-endemic countries in early 2017.