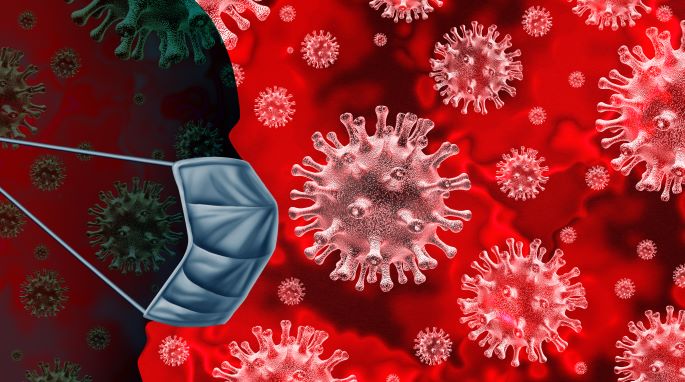 Omicron may be significantly better at evading vaccine-induced immunity, but less likely to cause severe disease 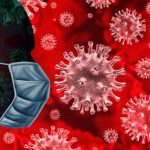 The Omicron variant of SARS-CoV-2 may be significantly better than previous variants at evading vaccine-induced antibodies, according to new research from Cambridge – but preliminary evidence suggests it is less likely to cause severe COVID-19 illness in the lungs.

As the SARS-CoV-2 virus replicates and spreads, errors in its genetic code can lead to changes in the virus. On 26 November 2021, the World Health Organization designated the variant B.1.1.529, first identified in South Africa, a variant of concern, named Omicron. The variant carries a large number of mutations, leading to concern that it will leave vaccines less effective at protecting against infection and illness.

Working in secure conditions, a team led by Professor Ravi Gupta at the Cambridge Institute of Therapeutic Immunology and Infectious Disease, University of Cambridge, created synthetic viruses – known as ‘pseudoviruses’ – that carried key mutations found in the Delta and Omicron strains. They used these to study the virus’s behaviour.

The team, which included collaborators from Japan, including Dr Kei Sato of the University of Tokyo, has released its data ahead of peer review because of the urgent need to share information relating to the pandemic, and particularly the new Omicron variant.

Professor Gupta and colleagues tested the pseudoviruses against blood samples donated to the NIHR COVID-19 BioResource. The blood samples were from vaccinated individuals who had received two doses of either the AstraZeneca (ChAdOx-1) or Pfizer (BNT162b2) vaccines.

On average, Omicron required around a ten-fold increase in the concentration of serum antibody in order to neutralise the virus, compared to Delta. Of particular concern, antibodies from the majority of individuals who had received two doses of the AstraZeneca vaccine were unable to neutralise the virus. The data were confirmed in live virus experiments.

Reassuringly, however, following a third dose of the Pfizer vaccine, both groups saw a significant increase in neutralisation.

Professor Gupta said: “The Omicron variant appears to be much better than Delta at evading neutralising antibodies in individuals who have received just two doses of the vaccine. A third dose ‘booster’ with the Pfizer vaccine was able to overturn this in the short term, though we’d still expect a waning in immunity to occur over time.”

To see how effective Omicron is at entering our cells, the team used their pseudoviruses to infect cells in lung organoids – ‘mini-lungs’ that model parts of the lung. Despite having three mutations that were predicted to favour the spike cleavage, the researchers found the Omicron spike protein to be less efficient than the Delta spike at cleaving the ACE2 receptor and entering the lung cells.

In addition, once Omicron had entered the cells, it was also less able than Delta to cause fusion between cells, a phenomenon associated with impaired cell-to-cell spread. Fused cells are often seen in respiratory tissues taken following severe disease. Indeed, when the team used a live Omicron virus and compared it to Delta in a spreading infection experiment using lung cells, Omicron was significantly poorer in replication, confirming the findings regarding impaired entry.

Professor Gupta added: “We speculate that the more efficient the virus is at infecting our cells, the more severe the disease might be. The fact that Omicron is not so good at entering lung cells and that it causes fewer fused cells with lower infection levels in the lab suggests this new variant may cause less severe lung-associated disease.

“While further work is needed to corroborate these findings, overall, it suggests that Omicron’s mutations present the virus with a double-edged sword: it’s got better at evading the immune system, but it might have lost some of its ability to cause severe disease.”

“Omicron still represents a major public health challenge. Individuals who have only received two doses of the vaccine – or worse, none at all – are still at significant risk of COVID-19, and some will develop severe disease. The sheer number of new cases we are seeing every day reinforces the need for everyone to get their boosters as quickly as possible.”

The research was supported by Wellcome and the NIHR Cambridge Biomedical Research Centre.