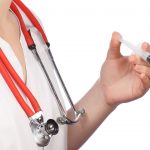 One dose of human papillomavirus (HPV) vaccine has comparable effectiveness to two or three doses for preventing cervical pre-cancer, according to a new study.

In a large national data linkage study published in Papillomavirus Research, researchers compared cervical screening outcomes for a quarter of a million Australian women who were eligible for vaccination under the national program.

Researchers found that in women who were vaccinated at a young age, when most had not yet been exposed to HPV, that receipt of even one dose of HPV vaccine lowered the chance of having a pre-cancerous lesion detected at cervical screening.

Lead author Julia Brotherton from the VCS Foundation and the University of Melbourne said this data adds to other evidence starting to emerge that one dose of HPV vaccine may eventually prove to be sufficient for protection.

“If one dose vaccination proves to be enough, it will really simplify our ability to protect more people against these cancer-causing viruses,” Associate Professor Brotherton said.

“That could make a huge difference, especially in less well-resourced countries that currently have high rates of cervical cancer but can’t currently afford vaccination or screening.”

However, Associate Professor Brotherton emphasised that until the results of formal trials were in and recommendations changed, that young people should make sure that they complete the two-dose vaccination course currently in place for best protection.

“The HPV vaccine has proven itself to be both very safe and remarkably effective,” Associate Professor Brotherton said.

“We are proud that Australia is contributing data from our world leading program to add to the evidence on this issue.”

Vaccination is a key part of the World Health Organisation’s recent call to work towards the elimination of cervical cancer as a public health problem, together with HPV based screening, facilities for early diagnosis and treatment, and palliative care.

In Australia, HPV vaccination is routinely offered free of charge under the National Immunisation Program to both girls and boys in early high school at age 12-13 years, with free catch up available up to the age of 19 through local doctors and clinics.

As in Australia, most countries are only now beginning to be able to assess the vaccine’s impact on screening outcomes from the vaccination of girls at the routine target age rather than in young women who were already sexually active prior to vaccination.

Recent data from Denmark and the US also support the possibility that one dose may be sufficient, but results of randomised trials are awaited before official recommendations are changed.

The data was analysed by a team of researchers from the VCS Foundation, the Australian Institute of Health and Welfare and cervical screening program managers from the ACT, NT, Tasmania, Victoria and Western Australia.