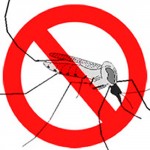 To stop the transmission of dengue, a mosquito-borne virus that threatens some 4 billion people worldwide, it’s crucial to focus on people movement, not just on the traditional mosquito control-and-prevention methods, say medical entomologists from the University of California, Davis in ground-breaking research published Dec. 31 in the Proceedings of the National Academy of Sciences (PNAS).

In a two-year, finely detailed study of dengue transmission in Iquitos, Peru, a 13-member team led by Thomas Scott of the UC Davis Department of Entomology found that human movement—people going from house-to-house to visit their friends and relatives—is a key component to driving the virus transmission.

Dengue is spread by an infected female Aedes aegypti mosquito, a day-biting, limited flight-range mosquito that prefers human blood to develop its eggs. Dengue is caused by four distinct, but closely related, viruses. The most severe form of disease is life-threatening dengue hemorrhagic fever or DHF.

Some 500,000 people with severe dengue are hospitalized each year, according to the World Health Organization (WHO), and about 2.5 percent of those affected die. “Dengue takes an enormous toll on human health worldwide, with as many as 4 billion people at risk-half of the world’s population—and 400 million new infections each year,” said Scott, a UC Davis entomology professor and principal investigator of a National Institutes of Health (NIH)-funded grant. “The results from our study are focusing attention to the role human social networks in virus invasion and epidemic spread. At our Peru study area, we found that infection risk is based on the places a person visits and transmission dynamics are driven by overlapping movements of people who recently visited the same places, like the homes of their family and friends.”

The unprecedented research, titled “House-to-House Human Movement Drives Dengue Virus Transmission,” sought to address the question of whether people’s movements explained infection risk and patterns of virus spread,” Stoddard said. The scientists found that people movement not only defined individual infection risk and local patterns of incidence, but resulted in rapid spread of the virus and marked heterogeneity in transmission rates.

Dengue is difficult to control, the researchers said. “We have limited tools to prevent dengue,” Stoddard said. “These largely involve reducing the mosquito population through the use of insecticides or by eliminating water holding containers that serve as larval habitat. Traditional approaches to mosquito control for dengue prevention focus on the area around the homes of detected dengue cases, essentially based on the observation that the mosquito, Aedes aegypti, does not move far.” “The question going into the study,” Stoddard said, “was whether people’s movement could explain a rather poor relationship between the abundance of mosquitoes in a house and the risk of new dengue infections. So we knocked on people’s doors looking for anyone with a fever. If we found someone, we asked them where they had been recently and if they visited other houses, we went there. And in the houses visited by people sick with dengue we found a lot more people infected with the virus than in houses visited by people who did not have dengue.”

“Interestingly, it didn’t matter how far away the visited houses were. The mosquito that transmits dengue virus prefers to stay in small areas, say in less than a 100-meter radius, but the distance between houses was often much greater than this. So it only makes sense that humans are frequently spreading the virus around as they commute between their homes and the homes of their friends and family. Altogether the data demonstrate what we expected, that human movements are really key to the transmission of this mosquito-borne virus.”

The scientists reported 54 contact-site cluster investigations over two transmission seasons. Of those cases, two-thirds were students under age 22, and “who, on average reported visiting 8.55 places over the prior two weeks” between 5 a.m. and 10 p.m. “The most common type of place visited was residential, often houses of friends or family,” the researchers reported. “Contact with other households likely to be infested with infected mosquitoes at the time of infection was the best indicator of risk…”

The results, he said, are important and interesting for several reasons:

1. We demonstrate empirically that human movement has a powerful influence on the transmission of a mosquito-borne disease. This is a rather novel idea because historically models of dengue transmission have focused on the mosquito moving, not humans.

2. People’s movements are influenced by social connections. Our data suggest that social networks are important in dengue just as they are in flu or HIV spread. This is an idea we want to explore further.

3. Traditional approaches to dengue prevention are geographical—that is, when a case of dengue pops up, the traditional response is to draw a circle around their home (usually 100-400 meters) and focus insecticides there. Our data suggest that first, the circle probably should be smaller and, most importantly, that every case should have three or four circles associated with it—drawn around all the houses most recently visited.

“Scientists use models of disease dynamics to assist in decision making and the design of effective disease control and prevention strategies,” Stoddard said. “The models we use are very sensitive to assumptions about how a pathogen spreads. Our data shine new light on how dengue virus spreads, which could lead to new model development and more effective strategies for disease prevention.”

Iquitos, a city of 437,620 nestled in the heart of the Amazon rain forest of northeastern Peru, is considered one of the world’s primary “open laboratories” to study the transmission of the virus. Dengue, known as a tropical and subtropical disease, now has begun to appear along the southern border of the United States, including Texas. Florida has also reported cases of dengue. Humans serve as both the main carriers and multipliers of the virus. Patients infected with the dengue virus can transmit the infection for four to five days or a maximum of 12 via Aedes mosquitoes after their first symptoms appear, according to WHO. Scott said that “the next phase of our research is aimed at understanding how variation in human behavior influences transmission and applying that knowledge in enhanced disease prevention strategies.”